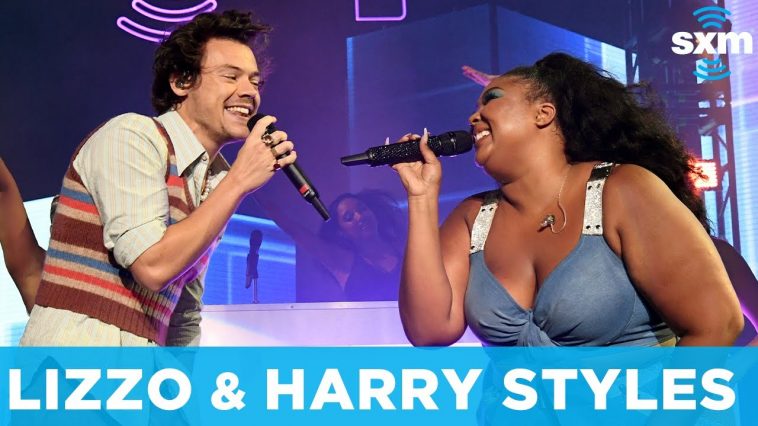 At the beginning of 2019, Lizzo released ‘Juice’, which propelled the songstress to global stardom. Not only was it a huge hit with music lovers worldwide, but a number of celebrities proclaimed their love for it too.

Most notably, back in December Harry Styles took to Radio 1’s Live Lounge to deliver his iconic cover of the song. His version pretty much broke the internet and here at CelebMix we even named it as one of the best covers of 2019!

At the time, Harry described Lizzo as “one of the most exciting artists working now for sure. She’s exactly what you want an artist to be, which is themselves.”

Sharing his comments on social media, Lizzo had a little fangirl with her 1.4 million followers and who can blame the girl?!

Fast forward to January 30, 2020, where Lizzo delivered an electric performance at Fillmore Miami Beach. Saving her signature hit until last, a musical intro to ‘Juice’ started playing before the queen of bops paused the show to announce that she needed to bring someone onto the stage.

Cue Harry Styles, causing the crowd (and Lizzo and her dancers) to go completely wild. From the vocals, to the sass and synchronised dance moves, we are absolutely living for this duo. Now that they’ve joined each other on stage, we are patiently waiting for an official collaboration from two of pop music’s most exciting stars.

We may only be at the beginning of 2020, but this is one joyful moment which is destined to go down in history. Thanks to Sirius XM, you can enjoy Lizzo and Harry Styles’ performance in full below.

What did you think of Lizzo and Harry Styles’ performance? Are you living for this ‘Juice’ as much as we are? Let us know on Twitter @CelebMix