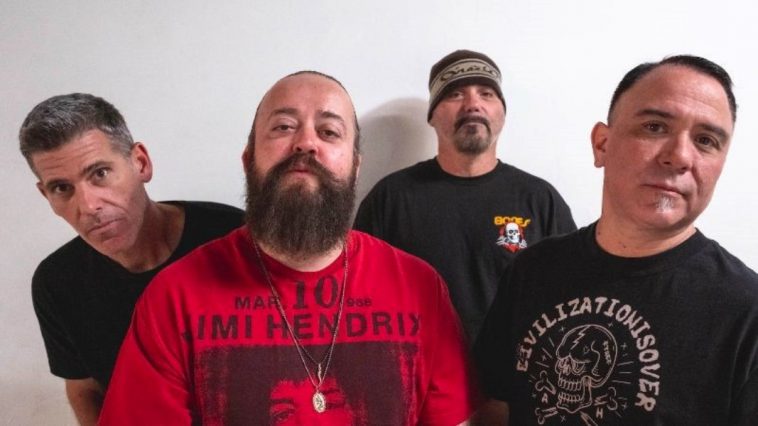 Alt-rock outfit Centershift recently released their music video, “Falling Into,” which reveals not only the band’s tenacious intensity but their gifts as musicians.

Speaking about the song’s genesis, vocalist/guitarist Jasan Radford told Kamil Bobin, “The song originally came from Ted our bass player, we all heard it and loved the vibe and energy, and then we changed everything. Haha. Just a joke! We added our touches but mainly stayed intact to his great idea from the start, really cool that everyone in the band writes and participates in the writing process.”

“Falling Into” is from Centershift’s debut album, A Different Shade of Color, a 17-track collection of songs released at the end of 2022.

Commenting on the album, Radford says, “‘A Different Shade’ brings together my journey, and tackles topics that include my sobriety, which saved my life and helped me grow into a new version of myself. We all collaborated on themes for the album and are excited to share stories that will certainly be relatable to the listener. Oh yeah, and we’re equally as excited about the big riffs and music overall. Thanks for listening!”

The video, directed by Ben Trandem, was shot live and shows Centershift setting up for their performance – filmed in black and white. As the performance begins, the visuals assume coloration, symbolizing an existential transfer.

“Falling Into” opens on bristling, muscular guitars rolling into a chunking rhythm topped by heavy washes of ‘90s-laced leitmotifs, conjuring up suggestions of Chevelle, yet more shimmery and melodic.  Radford’s vocals, effortless and evocative, infuse the lyrics with passionate dynamism.