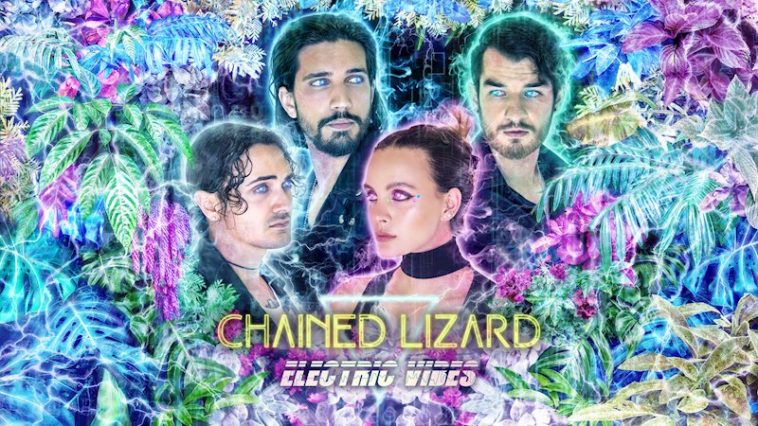 Chained Lizard says, “As a band, we enjoy writing about the human condition and experiences that we can all relate to. In these crazy times, bringing people together through our commonalities is something that we strive for. “ELECTRIC VIBES” came together very organically as we were discussing the feelings being around the ones we like. If there is any silver lining to lock down it’s that with all this extra time in the studio, we have been able to produce our most technical and ambitious song so far. We think our existing and new audience will really enjoy this track as it is an amalgamation of styles of our first 2 releases. It begins very isolated and delicate and builds to a thumping upbeat and catchy electric vibe.”

In 2015, the brothers took a break to write new material and rearrange the band’s lineup. In the end, they added Olivia Lisa Marie and Dom Vav. Last year, they released their debut single, “Take Me for a Ride,” followed by another single, “Broken Glass.”

“Electric Vibes” opens on Olivia’s delicious Cappella voice, followed by the entry of shimmering layers of gentle colors. The rhythm enters, shifting the cadence of the tune, going from soft textures to dazzling electro-pop washes of coloration and driving energy. Potent, thumping drums, a cavernous bassline, and heavy guitars imbue the harmonics with galvanizing leitmotifs.

Chained Lizard has it going on! “Electric Vibes” starts slowly, building into a sizzling pop-rock song full of captivating momentum.