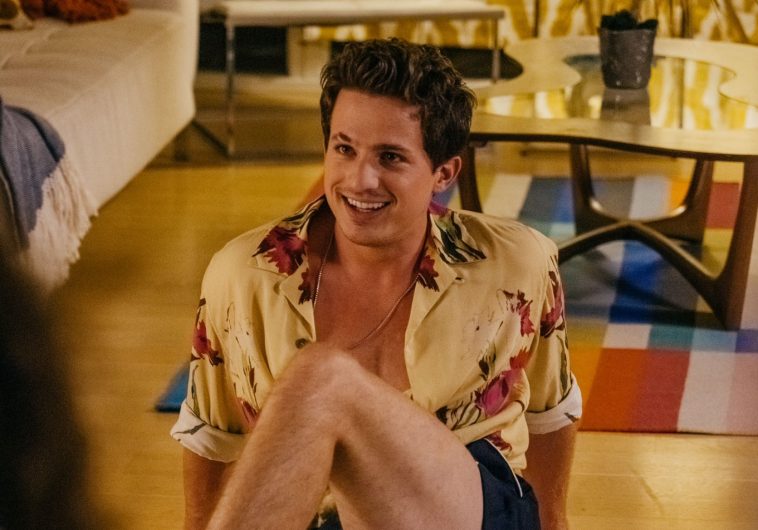 Charlie Puth has unveiled the hilarious music video for his latest single, ‘Girlfriend’.

Directed by Drew Kirsch, the visual for ‘Girlfriend’ sees Charlie preparing for date night at home. Things don’t go off to a great start, with Charlie making a mess of cooking his meal and having to phone for a takeaway instead.

As he plates up the offerings, he gives the room (and himself) the once over with a bottle of odour eliminator, as he patiently waits for his date to arrive. With the clock ticking and no sign of his girl, he cranks up the music and dances his way around his flat, plays Twister with himself and sings into a wooden spoon.

However, whilst Charlie thinks he’s been stood up, his date eventually turns up and catches him as he goofs around the flat! This video perfectly catches Charlie’s personality and we couldn’t love him more for it.

Prior to premiering the video, Charlie took part in a livestream on YouTube where he described the visual as one of his favourites. Having loved Drew’s work on Taylor Swift’s ‘You Need To Calm Down’ video, Charlie was keen to channel a video that you wouldn’t get bored of watching.

Check out the music video for ‘Girlfriend’ below.

‘Girlfriend’ was released last month, marking the start of a new era for Charlie. The track has already amassed over 5.5 million streams on Spotify, and is just a taste of what’s to come from the multi-talented singer, songwriter and producer.

Speaking about his forthcoming music during the livestream, Charlie said that he’s excited for his fans to hear what’s coming next because it’s “truly, authentically me”. He said: “last I year I was trying to be a cool guy, but I’m not a cool guy. I’m a dork. I’ve finally, after five years, owned up to that”. He also wants to be the songwriter for the people, and “the curator to everyone’s lives”.

Catch up on the livestream below.

What do you think of the music video for ‘Girlfriend? Let us know your Charlie Puth thoughts on Twitter @CelebMix