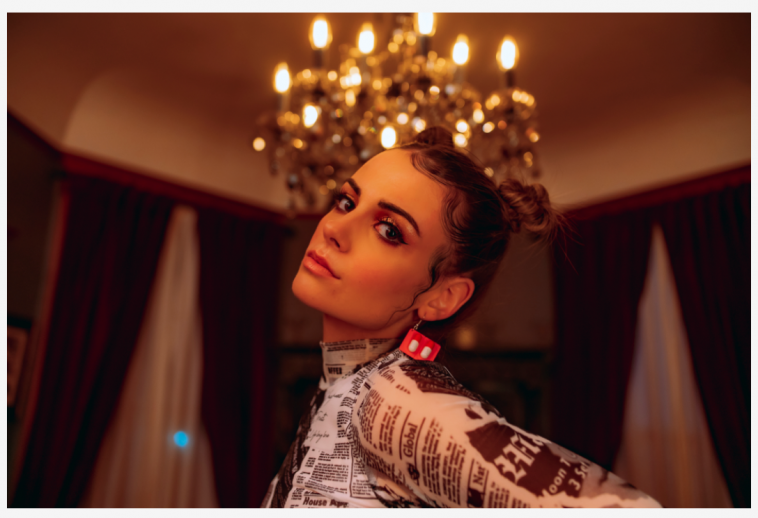 “I’m running out of crazy, are you entertained?” rising pop starlet Chelsea Collins taunts on the feisty ’07 Britney’.

It’s the classic story of LA blues as the California based singer/songwriter kisses goodbye to backstabbers and fake friends with a sass harkening back to the Britney Spears of 2007.

Hitting streaming platforms today, the track arrives with a DIY quarantine music video that sees Collins serving her best Britney. One for fans of Bebe Rexha and Ava Max, the rising star’s sultry tones are at their best on ’07 Britney’. Speaking exclusively to CelebMix, Collins revealed:

“I named the song ’07 Britney’ because the day before writing the song, I had gone through a really rough experience with some people who I knew deep down were taking advantage of me. The next day my friend came over to write but to be honest I was just kind of down in the dumps and my favorite thing to do to release endorphins and feel inspired is to watch Britney Spears music videos, paparazzi videos and interviews.”

“I had come up with the hook and melody the night before in the shower. We talked about the rough experience I went through prior to the session and incorporated a Britney reference in it because the amount of attention she had was crazy, and even though sometimes there were ups and downs, she always fought through and became even more iconic.”

’07 Britney’ follows on from debut tracks ‘Tobacco and Tears’ and ‘Used to be’, the latter of which has now crossed the threshold of 30k TikTok creates. A nonconformist pop star as fresh as they come, Chelsea Collins is certainly one to watch.

Are you loving Chelsea Collins’ take on Britney? Let us know @CelebMix on Twitter.