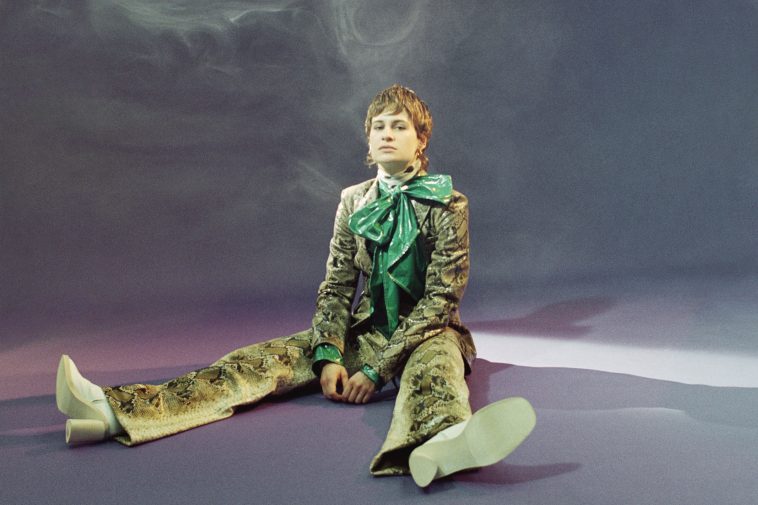 Following the release of her surprise new EP La vita nuova this week, French singer-songwriter Christine and the Queens has announced plans to play a very intimate show in London next month as part of Annie Mac’s AMP London Series.

The special gig, to be held at The Moth Club in Hackney, takes place on Saturday March 7th and will see Christine perform tracks from La vita nuova as well as classic hits such as Tilted, Girlfriend and Gone.

La vita nuova – a prospect for a new life…

It has been quite the 7 days for fans of Christine and the Queens, as the exceptionally talented bilingual singer also premiered a short film to accompany her latest musical efforts.

Imagined by Christine herself, the stunning visual directed by Colin Solal Cardo and shot on location at the world famous Opéra Garnier opera house in Paris, sees the French native perform intricate and innovative choreography by Ryan Heffington, to all 5 of La vita nuova’s tracks in various scenarios and setups.

With a wealth of experience in putting on spectacular events, festivals and parties – AMP London is best described as being an amalgamation of everything Annie Mac Presents… has achieved over the past 10 years!

A four day event of musical discovery and topical debate and discussion is set to take place in London this March, with AMP London’s main focus being to support a number of independent venues, as well as championing loads of ‘brilliant up and coming artists’.

As well as over 20 live shows taking place, this year the AMP team will be hosting a conference of carefully curated speakers, to discuss some of the most urgent and pertinent themes that currently affect the music industry today.

Let us know your thoughts on Christine and the Queens and Annie Mac’s AMP London Series over on Twitter @CelebMix now!