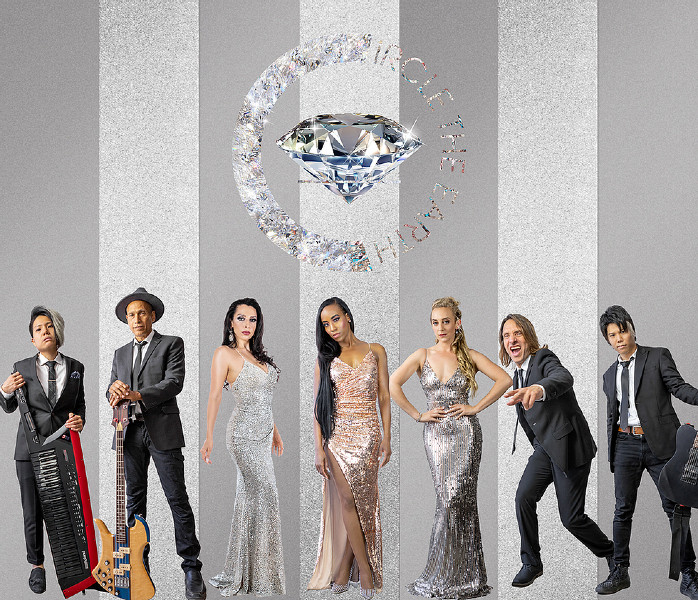 “Diamonds” follows on the heels of the group’s previous 2021 hits – the compelling “Dead,” “All the Way,” and “New Prescription.”

Written by producer Jim McGorman, who has worked with Avril Lavigne, Goo Goo Dolls, and New Radicals, along with Circle the Earth guitarist Kazuki Tokaji and producer Adrian Jones, “Diamonds” was recorded at Revolver Studios. Engineering and mixing were handled by Grammy-winner Mikal Blue.

“I can take the weight of a million heartbreaks / Bury them six feet under the ground / I won’t hold you back / Or hold you down / Only diamonds are made under pressure.”

The video, directed by Boy Epic, depicts Khadia, Lauren, and Whitney caparisoned in seductive black bodysuits dancing and singing in front of the band. Visual cuts display the passion and finessed brilliance of the musicians, who play as an integral unit.

Circle the Earth has it going on! “Diamonds” brims with strapping layers of sound attended by tasty breakdowns and irresistible vocals.