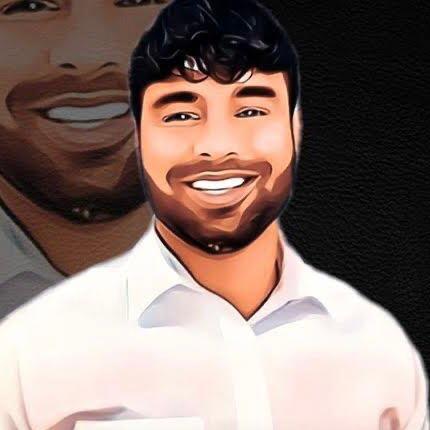 Throughout our lives, there will be moments of dimness and pain. Sometimes, the pain we experience is too strong to overcome. However, pain can be a great awakening of the soul. Ultimately, it is a catalyst for inner change. This is how Chad Vincent Ehlers, popularly known as Da_Chad, realized when he went through the lowest of lows in his life.

Chad Ehlers, a single father, a former nurse by trade, and a social media influencer, founded the Chad Change Movement. It has been established as a community haven intended for people who are hurting and in need of inspiration. Chad uses his social media platforms to passionately help people get back on their feet and overcome any hurdles and challenges with his leadership skills. In Tiktok alone, he has more than half a million followers, where he actively engages through posting videos about positivity. Using his talent in dancing and music, he has garnered almost 11 million likes on his videos.

The groundwork of his foundation stems from his own life experience. At a young age, Da_Chad knew all too well how growing up in poverty is like. As a matter of fact, he experienced homelessness during his adolescent years. This taught him to survive despite the huge obstacles hindering his path. Eventually, he got into a nursing school where he met the love of his life. Unfortunately, their love story was short-lived when his wife took her own life due to severe depression.

By turning to social media, Da_Chad found solace in telling his stories of pain and hope. “I believe my story can reach everyone. Everyone has a story or a hard time in their life that they have gone through, and I believe every person has the ability to save lives by telling their story,” he shared. He chose to leave his medical profession and make social media influencing his full-time career.

Just as his social media career started skyrocketing, Chad received the most painful news one can ever receive in this life. His youngest daughter was recently diagnosed with leukemia. “Upon hearing the words from the doctor that my not-yet two-year-old daughter had this devastating disease, cancer, I remember bawling like a baby and just holding onto her so tightly,” as he recalled when he got the devastating news.

Despite the traumatic events he endured—living on the poverty line, surviving his former wife’s death, and hearing about her daughter’s diagnosis—Chad Ehlers chose to look at the positive side of life. He started forming support groups online, which already consisted of 300 people worldwide joining the movement. These support groups are safe avenues where individuals can openly express their struggles, such as cancer, abuse, sexual assault, human trafficking, addictions, parenting, suicide, and depression.

He created the movement solely to support various charities and families by raising funds through live programs on his social media accounts along with his co-creators. “We give without expectation; even if it’s just a smile, you never know who needs it,” said Chad.Check out Da_Chad’s Linktree and make sure to follow his life journey.