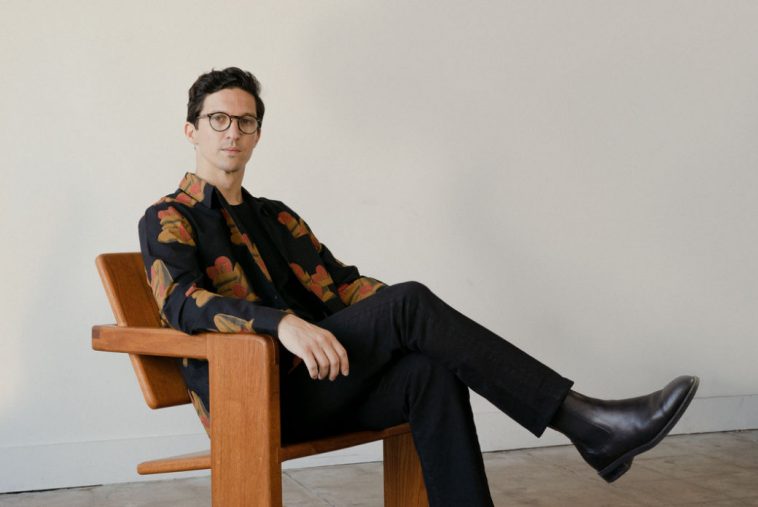 Announcing the upcoming release of his new album, “Fools”, by dropping his new single “Slip Away” along with an accompanying music video, is Dan Croll, who is really coming into his own with this brand new era. 2023 is certainly set to be his year and this song and video, alone, prove just that. This follows up previous single release “How Close We Came” which is also set to be on the new album.

Dan Croll is a British singer-songwriter who now resides in the US. He started his music career in 2011 when he was named Songwriter of the Year by the Musicians’ Benevolent Fund while attending the Liverpool Institute for Performing Arts. He has become an established name in the industry, going on to have his debut album, “Sweet Disarray”, chart in the UK at number 53 in 2014. He has since dropped two more albums, worked with John Legend and Blossoms, and toured in the UK, Europe, and the US. “From Nowhere” is his most-streamed song on Spotify with 44.6 million streams. With the new direction for his upcoming album “Fools”, Dan Croll is certainly someone we all should be keeping our eyes and ears on.

Written and co-produced by Dan Croll with Matthew E. White also acting as co-producer, “Slip Away” is a joyous indie track that mixes this upbeat composition with lyrics about leaving current tough times for a simpler life. Easily addicting, the track is one that fits on relaxing playlists around the world and is the sort of song that is bound to gain traction the more it is heard. Soft and gentle vocals come from Dan Croll with a totally reminiscent air about them as he dreams about what if’s. The experimental jovial tune of the song adds a carefree theme to the track which wraps around the lyrics perfectly.

Talking about the track, Dan Croll said: “I recently hit my five-year milestone of living in Los Angeles, and ‘Slip Away’ is about the fatigue and struggle I’ve felt over the past year. It’s frequently had me questioning how realistic it is to carry on living here, and whether draining my savings, living without healthcare, and being so far away from home/family is really worth it. I found myself on occasion fantasising about throwing in the towel and slipping away into a much simpler life, a life possibly even outside of the music industry. Having been in music my entire adult life, a part of me has wondered whether I could ever exist outside of it. A 9-to-5 job has always been something I’ve seen from the outside looking in, and to me, the structure and steadiness have always been so attractive. ‘Slip Away’ is about the lure of escaping to a simpler existence.”

Watch the music video to “Slip Away” by Dan Croll here:

Directed by Dan Croll, himself, who takes control of the camera, and brings us into his world by filming himself, the music video to “Slip Away” is simple, carefree, and enlightening – this is Dan Croll and his authentic life. Talking about the video, he says: “Having been self-employed pretty much my whole life, I constantly find myself burning out and craving structure or some sense of normalcy. ‘Slip Away’ as a song was a way for me to vent some of those frustrations, and the video was more so a way to document them through my normal week.”

He continued by saying: “I grabbed a GoPro and took it all over town with me over the course of a week. I didn’t want to just focus on the negatives like constantly sitting in LA traffic, so instead highlighted some of the ways that I escape these ruts that I can frequently find myself in by running, cycling, and generally being outdoors. It was a cathartic way of displaying the slightly chaotic nature of being freelance and trying to find some sort of space and order within it all.”

“Slip Away”, by Dan Croll, is available to download and stream right now, across all platforms, via Communion Group Ltd. The track is the official second single from his just-announced fourth studio album, which is titled “Fools”.

Talking about the upcoming album, Dan Croll said: “This album came at the end of a turbulent few years for me with the isolation of covid, a breakup, and the homesickness for all that I left behind to move to America. But whilst these were all challenging moments there were some moments of beauty and resilience that allowed me to get through it all. These songs document that tumultuous period that, not only I but I’m sure a lot of others went through, in what can only be described as a challenging moment in time.”

He continued by saying: “I decided to go back once more to Richmond, Virginia, to work with Matthew E. White and the incredible musicians there. Each time I’ve been back I feel we grow and understand each other more and more, and there was a particular ease in capturing these songs that I hope comes through in the record.”

The album, “Fools”, follows his third studio album, “Grand Plan”, which was released in 2020. It is set to have a total of 10 tracks and notes his ups and downs of living in America post-COVID, from homesickness to losing his Grandmother who was back in Britain to the end of his intense three-year relationship. The album has it all, mixing his sonically indie sound with country, disco, and psychedelic pop. Dan Croll acted as co-producer for the entire album, allowing him to truly put his own stamp on the LP.

Let us know what you make of “Slip Away” by Dan Croll and how excited you are for his new album “Fools” over on Twitter @CelebMix.