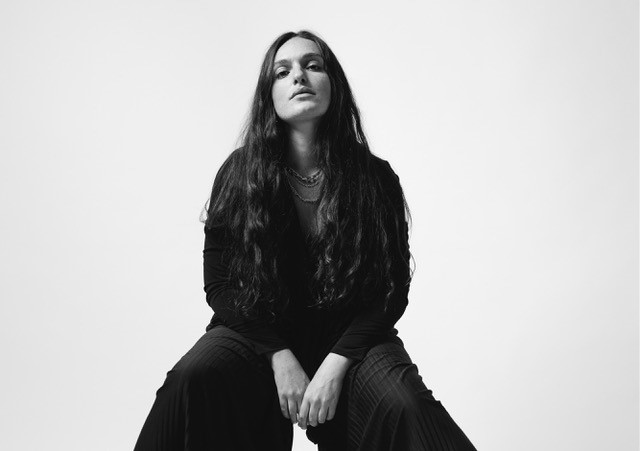 Daniella explains, “The song was written in the aftermath of a breakup when I was trying to make sense of the rollercoaster of my feelings and thoughts. The most natural thing for me when writing music is sitting behind a piano, just playing, and singing stuff. It was the same when I wrote ‘Grand Hotel.’ The piano riff that plays throughout the song was the first part I came up with and that built the foundation for the song. I wanted to capture the feelings I felt while writing it when I and Oskar did the production, and all the elements needed to feel right. I like that there’s both power and fragility there since that’s exactly how I felt when writing it. That there’s rawness and energy in the drums and playful choirs alongside with the more soft and delicate Rhodes-elements and synths.”

Growing up in two completely different worlds – the countryside of Sweden and the vibrant cities of the Middle East – at times she felt half, at other times double. Writing songs is her way of understanding herself and the outside world, a way to express the chaos in her mind and heart.

For the past few years, Daniella has been writing songs and working with Lukas Graham, Zara Larsson, and Hugo Helmig. Even though she relished the collaborative process, she always knew she would release her own music.

After a breakup and breakdown, she moved to her mother’s house in the woods, where she sat at the piano and exorcised her demons. As she carried on a monologue with herself, sorting out who she was and who she wanted to be, she wrote “Grand Hotel,” as well as material for her forthcoming album.