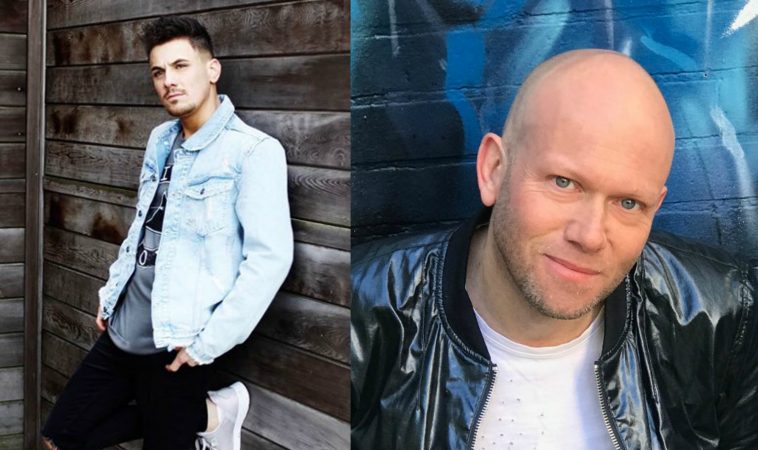 So much new music has been released recently and here is a brilliant song release, titled “If You Love Me” which sees Danny Dearden teaming up with Dario G. This new track is a cover of Brownstone’s song of the same name. This follows up Danny Dearden’s feature on Michael Calfan’s single “Could Be You” and Dario G’s single “High” which featured Leslie P George.

Dario G, real name Paul Spencer, is best known for the 1997 hit “Sunchyme” which charted all over the world, hitting number one in Hungary, number two in Denmark, Scotland, Switzerland, and the UK, and number three in Germany and Ireland. He’s worked with some big names over the years including Shirley Bassey and Pitbull. He’s had various breaks over the years, but he’s fully back with the intention to drop a new album, titled Hola, this summer, which will be his first in 19 years!

As for Danny Dearden, he is a singer-songwriter, who has been building his career over the last few years, especially making his name known on the Michael Calfan tracks “Could Be You” and “It’s Wrong” which both have over 2 million Spotify streams. His collaboration with Erlandsson “Different Kind Of Love” is his third most-streamed single closing in on the 1 million Spotify stream mark. He’s got plenty of more new music on the way and we’re excited to see where his career takes him.

According to Spotify, the song was written by Dave Hall, Erick Sermon, Gordon Chambers, Kevin Madison, and Nichole Gilbert, whilst it was produced by Paul Spencer. A lyric video of the song was also released which contains bright neon colours throughout. The track sounds so different from the original, so much so that we barely recognised it as a cover since Brownstone’s “If You Love Me” is very ’90s R&B and this new song is full-on current dance. So different, so unique, and so incredible.

Watch Dario G & Danny Dearden’s Lyric Video To “If You Love Me” Here:

The track is an upbeat propelled dance track that has hints of progressive house and bassline influences. Danny Deaden’s voice is on-point throughout, giving us some garage vibes from the early ’00s. The track is addicting and one to certainly add to your party playlists. The lyrics focus on wanting to be with someone who is unsure whether they are ready for a relationship and it’s at the breaking point where that person needs to decide if they want all or nothing.

“If You Love Me” is available to download and stream right now, via Front Of House Records. It is part of a four-track EP by Dario G which sees his previous singles follow this new track including “High” featuring Leslie P George, “Hola”, and the Charming Horses remix of “Savour The Miracle Of Life”.

Stream Dario G’s New EP “If You Love Me” Here:

What do you make of Dario G & Danny Dearden’s song “If You Love Me”? Let us know on Twitter @CelebMix.