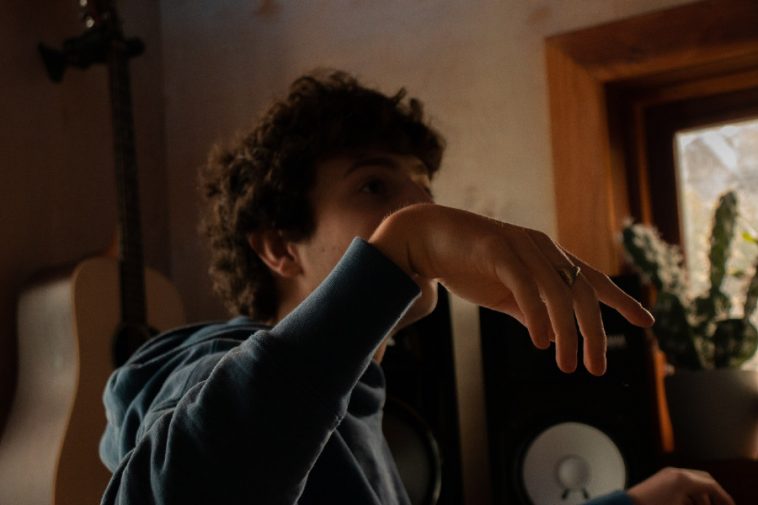 Talking about his music and creative process, dark-net superstar shares, “I get most excited to record when I’m in the moment having fun with my friends… and that’s precisely what happened with this song.”

Now twenty years old, Toth began playing instruments when he was seven, performing his first arena gig at the age of 12. He spent the last year developing artists in the studio, along with initiating his own artistic project – dark-net superstar.

Simultaneously ingenious and surreal, like something out of an Orwellian dreamscape, the video juxtaposes images and clips from video games, well-known movies, and topsy-turvy lysergic visuals, giving the video high-tech hallucinations out of a cosmic Neronianism verging on digital nihilism.

Arbitrary phrases appear on the screen like rambling stream-of-consciousness perspectives on life, society, the world, and relationships, inoculating the visuals with embedded hypertext ideas.

Although short, the song and the video perfectly encapsulate the immediacy of humankind’s attention span, providing a visual multi-plex as well as evocative, captivating harmonics.

At once singularly innovative and alluring, with “LSD IN ASPEN,” dark-net superstar captures the zeitgeist of today’s world.