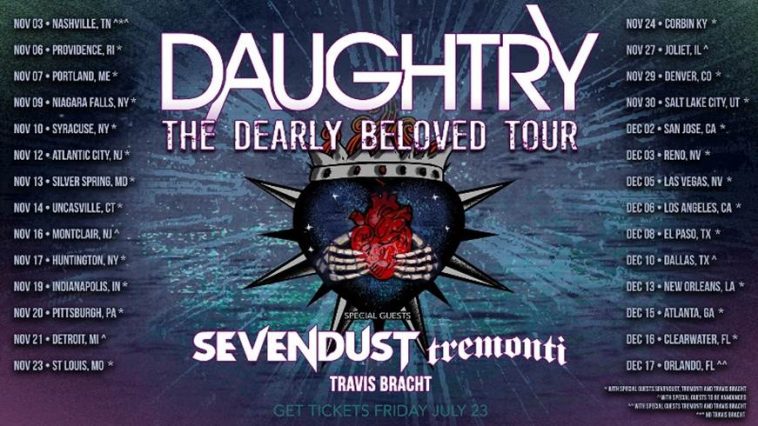 Daughtry is back with their first album in 3 years, ‘Dearly Beloved’. The 13-track album features their Hit ‘Heavy Is the Crown,’ along with instant pre-order gift track ‘Lioness. The album is being released via Dog tree Records and Warner Music Group’s ADA Worldwide.  Dearly Beloved will be released on 17 September.

3. HEAVY IS THE CROWN

The exciting album news comes coupled with the announcement of the band’s upcoming headlining in-person tour kicking off this November 2021 and featuring rock legends and fellow collaborators Sevendust, Tremonti and Travis Bracht.

The thirty date tour will feature the band performing recent hits and new album staples ‘World On Fire’  and current Active Rock Radio scorcher ‘Heavy Is the Crown’ along with early buzzers ‘Evil’ and the award-contending  ‘Changes Are Everything.’ To hold fans and music lovers over.

You can pre-order Dearly Beloved, here!

Tickets for the tour go on sale on 23 July, here!