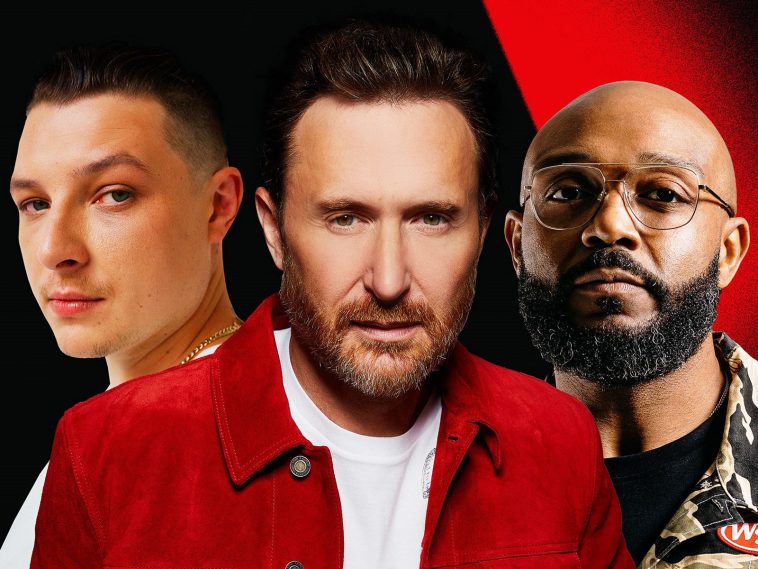 If you’re looking for an electrifying dance banger to call your summer anthem for 2021 then DJ and producer David Guetta has got you covered.

The global superstar has teamed up with British stars DJ MistaJam and singer-songwriter John Newman for his latest single ‘If You Really Love Me (How Will I Know)’, and it’s a surefire smash hit.

Interpolating Whitney Houston’s iconic track, ‘If You Really Love Me (How Will I Know)’ sees the trio inject an infectious and euphoria driven sound, turning the classic on its head. Delivering an irresistible production laden with feel-good piano tones, the track is completed by John’s distinct vocals which lift the song to new heights.

Amassing well over a million Spotify streams within its first day of release, not only is ‘If You Really Love Me (How Will I Know)’ shaping up to be the song of the summer, but there’s no doubt that it’s going to be a staple on playlists for years to come.

Speaking about the track, David said: “Who can resist the chorus from such a classic record as ‘How Will I Know!’ Full of old school Piano House grooves, this has sunshine all the way through it. Working with MistaJam and John Newman together has made it my 2021 song of the summer.”

John added, “I’ve had the idea to remake this classic Whitney tune for so long as it’s a song that’s so special to me and my wife. It felt so natural to bring a new story and emotion of my own to the already incredible song and brought this new version of the song to life. When the opportunity came to do this song with David Guetta, someone who I’ve always wanted to work with – it was complete a no brainer for me.”

MistaJam also expressed his delight, stating: “The first Whitney Houston album that the original ‘How Will I Know’ appeared on was always playing in my house growing up. I’ve still got the vinyl! So, it was really cool to flip that meaning of that song into ‘If You Really Love Me (How Will I Know)’ from something about the start of a relationship to something about the end of one. As an artist I’ve admired for years, it was amazing to finally get to work with David Guetta, especially alongside John Newman who I’ve had the pleasure of supporting since the start of his career.”

The trio will also be releasing an official music video for ‘If You Really Love Me (How Will I Know)’ so keep your eyes peeled!

‘If You Really Love Me (How Will I Know)’ is the latest in a string of high energy collaborations from David Guetta, following the success of tracks including ‘Bed’ with Joel Corry and RAYE, and ‘Heartbreak Anthem’ with Little Mix and Galantis.

The track also marks the beginning of a new era for John Newman, who recently announced that he’s joined the Warner Records family after parting ways from long time label Island Records/Universal last year and taking a pause from his career. We couldn’t be happier to have you back John!

‘If You Really Love Me (How Will I Know)’ is available to download and stream now.

Let us know your thoughts on David Guetta, MistaJam and John Newman’s collaboration on Twitter @CelebMix