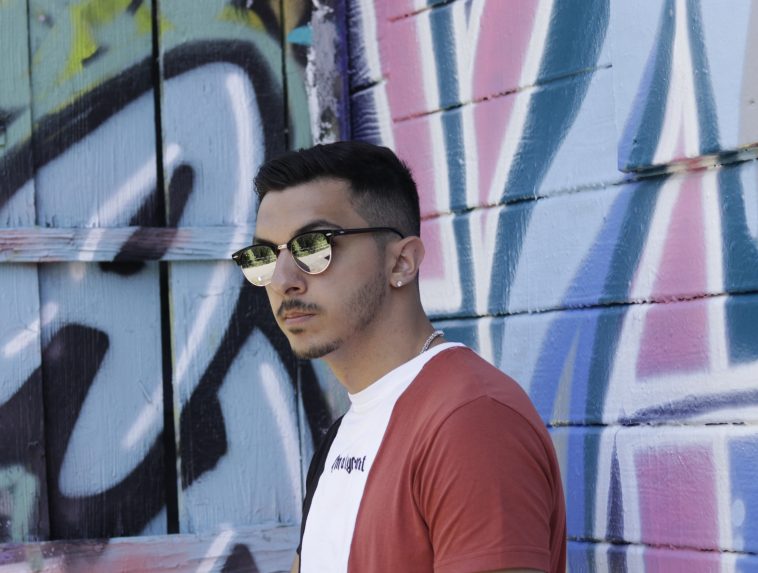 Bringing a new emotional flavour to hip hop is EM$o with his debut album, “Differences”. The album comes after he escaped what is known as one of the most dangerous places in Central Europe, using that experience to fuel this music project.

EM$o, real name Emanuel Santos, survived on the streets of Biel/Bienne in Switzerland and in 2016 he entered the trap life. He has since left that life behind going from a dangerous and anxious kid scared of his actions to someone with a creative mentality, focusing his efforts on his music career. In the past six years, EM$o has released a few tracks but ended up pulling them as he didn’t feel like they reflected him as an artist to the best of his ability, and he later enrolled in a mixing course. Last year, he started working with the famous producer – Streaky – and created over 100 tracks, nine of which made the cut of this debut album. EM$o is also set to release some new projects in the future with accompanying music videos.

This nine-track debut album is an engaging, honest, and extremely real LP, crafted incredibly with the full intention of touching the listener and that’s exactly what it does. The opening track, “The $urvivor” showcases EM$o’s indie rap flow and hip-hop sound all mixed around unstoppable lyrics that not only tell a true story but also comes from EM$o’s heart – as do all the lyrics from “Differences”. The addictive style of the track flows rhythmically throughout the LP.

Making the lyrics completely authentic, EM$o really impresses with the tracks “$he a blessing” and “$inner! No $aint!”, making a statement from the get-go, whilst “POWER” and “Me C U Whinin” adds a bit of old-school hip hop. “GRAM” and “Project out of Concept!” switch up the melody and energy, giving a full burst of sound, surprising the listener, and giving a different rap flow from EM$o. Those two songs aren’t the only switch-ups, “$he’s $exy” is a clear stand-out track which sees EM$o strip it back, almost to an acoustic session. The album wraps up with “WE$T $IDE CONNECTION” which adds a soulful twist to EM$o’s hip hop sound, with flares of gospel-like harmonies.

Talking about the first track on the album, “The $urvivor”, EM$o said: “’The $urvivor’ is based on my experiences on the streets in Biel/Bienne in Switzerland, which is known as one of the most dangerous places in Central Europe. The single describes my mentality while living in that place and what it took to survive; not many in my circle made it out alive without ending up in jail or hospital. My parents did what they could to get me out; they taught me how to make smart moves and outsmart the dark mentality of the streets, which left me with a lust for money and power as a teenager. When my usual vices ceased working, I turned to music; I used my trap money to buy equipment, and in 2016 I started writing and recording my songs.”

Listen to “Differences”, the debut album by EM$o, on Spotify here:

“Differences” by EM$o which is his debut album is available to download and stream right now, on all platforms. The beats for “The $urvivor” was created by Gibbo whilst Slade Templeton mastered the track.

Let us know what you make of “Differences” by EM$o on Twitter @CelebMix.