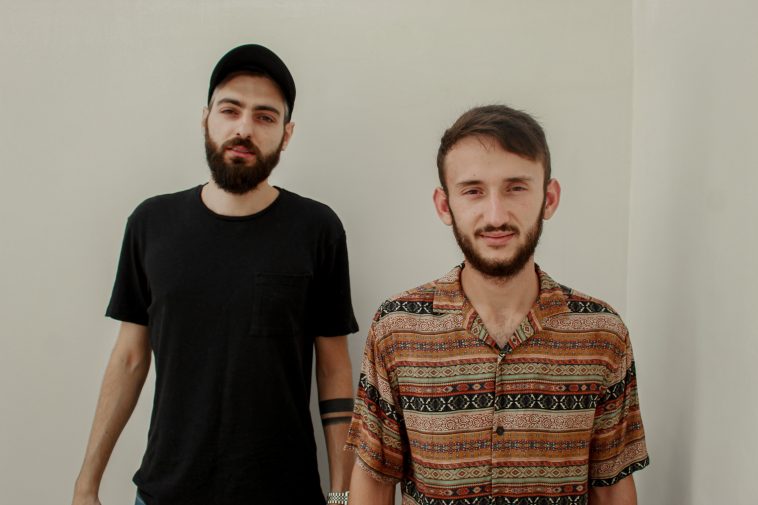 Bringing some oceanic vibes to the electronica table is Huts on Beaches who have released their awesome debut single “Coastal Signals”. This project was formed when they met trying to track down old synthesisers, which led to their concept for their releases. They have since released their sophomore single, titled “Leap”.

Huts on Beaches are an electronic duo from Malta consisting of Karl Gauci and Keith Bunce, who have been working on different projects individually since 2011. Their experience over the years, including being part of indie bands, has broadened their concept of EDM music, with the intention to use electronic instruments and analogue synthesisers as well as conventional instruments to create the Huts on Beaches sound. They dropped their debut single, “Coastal Signals”, in September 2022 which has already amassed thousands of Spotify streams; later followed it up with a music video. “Leap” was then dropped in December, as their follow-up, and they plan to continue to express who they are through their music and work up to performing their tracks live on stages around the world – and if these songs are anything to go by, they are definitely rising stars.

Talking about this track, Huts on Beaches said: “’Coastal Signals’ is our debut single, inspired by the freedom of expression in all forms of media, in our case, music. We live on a busy island; one of the few places to readjust is the sea. The calmness and the waves clear our mindset, hence our moniker. We wanted to give the listener an uplifting and welcoming atmosphere that reiterates the message that courage can always be found to express thoughts, even if it is difficult. Sonically, the single is dreamy yet punchy to reflect the challenge of expression.”

Watch the music video to “Coastal Signals” by Huts on Beaches here:

Written by Karl Gauci and Keith Bunce, “Coastal Signals” is a calming and meditative sound filled with various vibes that are set to take you away to the coast right this second. Easily imitating the sound of calm waves crashing to the surface and the rhythmic pattern of a flat sea, Huts on Beaches have made quite the statement with this debut release, proving that they aren’t just incredible at taking a concept, running with it, and then completing it to make a masterpiece, but they also are proving that they are a talented artist, set to be a rising star. This almost seven-minute-long relaxing anthem reflects the sunny break we all need to be swept away to.

The music video, which was shot and edited by Kristina Azzopardi, visually takes you to the serene coastal scenery of Malta, matching the warm soft tones with the waves of the sea, and the vintage vibes with the lighthouse and flower close-ups. The video has many beautiful shots that coincide perfectly with the song and is sure to make you feel even more meditative towards the track – we sure do.

Stream the debut single from this electronica duo on Spotify here:

“Coastal Signals” is available to download and stream across all platforms, right now. David Vella at Temple Studios Malta mastered the track before being finalised. Why not also check out their sophomore single “Line” after you’ve heard this one?

Let us know what you make of the debut single, “Coastal Signals”, by Huts on Beaches, on Twitter @CelebMix.