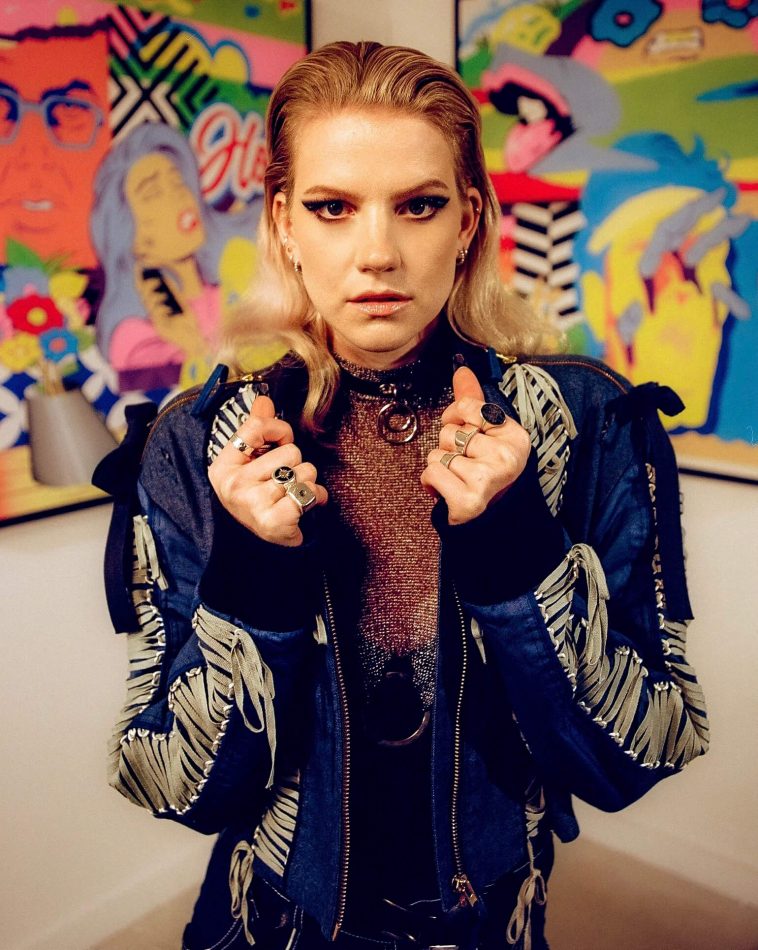 Quickly becoming a rising artist, Levina stuns with her most recently released single, titled “Battleground”. Diving in deep with her lyrics as she brings insight into mental health, Levina doesn’t hold back with her emotion sending chills to her listeners with her awesome vocals. This follows up her previous single “Danger”.

Levina, real name Isabella Levina Lueen, is a German-born but London-based singer-songwriter who is probably best known for representing Germany in the Eurovision Song Contest 2017, with the song “Perfect Life“. The song has been a success for her gaining millions of Spotify streams, currently at over 3 million. After the contest, she took a few years away to discover the music path she wanted to follow and soon returned in 2020, rebranding herself and dropping her independent EP “Thinking In The Dark” in 2021. Gaining thousands of streams under her new alternative-pop rebrand, Levina is really showing that there is life after Eurovision and that the show is a platform to gain more fans and that reinventing oneself shows versatility and star power, and with vocals like hers, it’s no wonder she’s gaining critical acclaim and becoming the independent rising star that she is.

Written and co-produced by Isabella Levina Lueen with Hannes Andersson also co-producing, “Battleground” is a personal and emotional alternative-pop song intended to give every listener chills. Levina has an uncanny ability to mesmerise you with just her voice but wrap that around relatable lyrics describing mental health alongside a gentle and soft melody, and “Battleground” really is unforgettable and impactful. Diving in deep lyrically, we hear Levina’s humble take on her emotions and how what she’s feeling inside isn’t always reflected on the outside. It’s an internal battle with oneself and Levina effortlessly conveys exactly how much of a struggle mental health can be for anyone. This track is her outlet and it’s ours too, Levina has gifted us all with a track that hits us right in the heart and is something we will sing passionately whenever we feel down. None of us is alone, everyone’s dealt with mental health in one form or another, and “Battleground” by Levina is just one of those tracks that we all can relate to.

“I wrote ‘Battleground’ about my struggles with mental health. I didn’t speak about it a lot, because I felt like no one would understand me and I would be a burden to people. However, after I got regular therapy, through Help Musicians and BAPAM, I realised the importance of opening up, because there are other people who are going through similar situations,” Levina said of the track. “I am so grateful to be able to express my emotions through music and I want to raise awareness that struggles with mental health are not always visible. We need to make an effort to be kind to each other, because we never know what someone might be going through. I also want people to know that there’s always someone to talk to and someone who will listen, including services like Samaritans and Help Musicians, who have 24/7 helplines. And my DM’s are always open.”

“Battleground” by Levina is available to download and stream right now, via Strange World Records.

Let us know what you think of “Battleground” by Levina on Twitter @CelebMix.