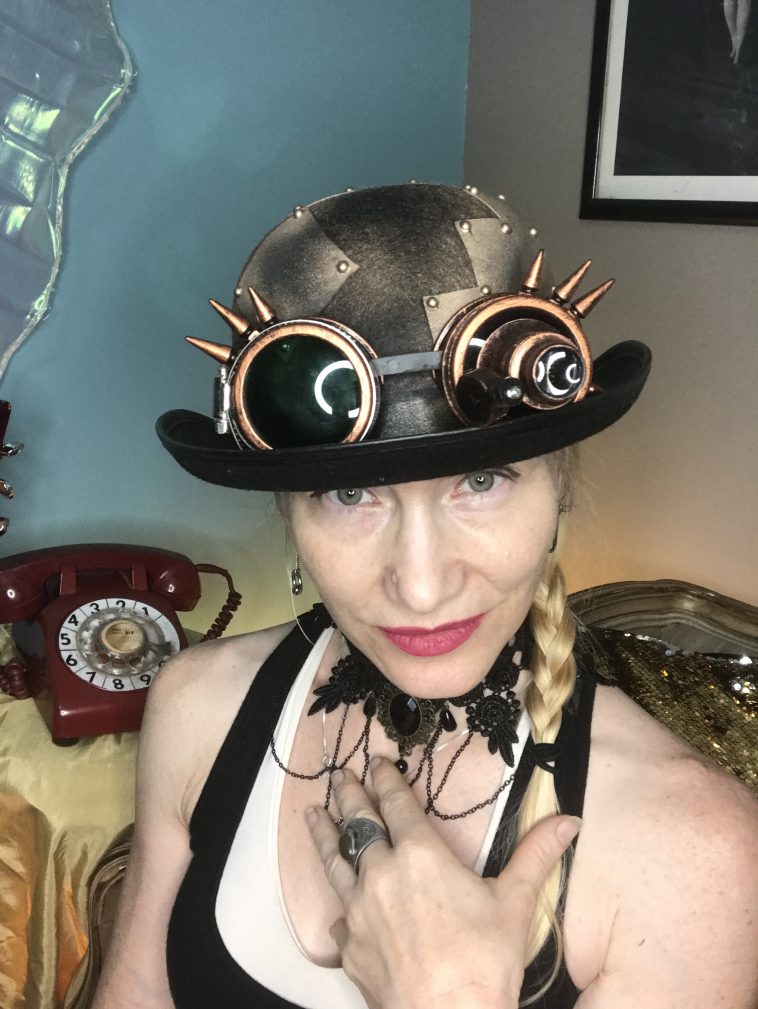 A debut album set to impact every listener, “Reclaim Your Power” by Madam Who? is an expressive and inspirational set of seven tracks. Returning to music was clearly a defining moment for Madam Who?. This album follows up the title track released in February, and she has dropped another single from the album, titled “I Am Enough”.

Madam Who?, real name Audra Coldiron, is a singer-songwriter who had sworn off music a few decades ago, deciding to focus on her life instead. Recently life threw her a lifeline, after surviving brain cancer and a long-term abusive relationship, she decided to attempt to save her daughter’s life from an Atlantic rip current, only for herself to be swept away too. Some kind strangers saved her and ever since she had an impulse to write music again, and so she has now reinvented herself as Madam Who? and has delivered an unforgettable and uplifting debut album, titled “Reclaim Your Power”.

The title track kickstarts the album, defining the entire theme and instantly sending a huge empowerment vibe to the listener through the strong lyrics – easily a track that would pick us up on the worst of days. “You Are Not Alone” follows on nicely, giving us a solidarity theme and continuing to showcase who Madam Who? is, and what this project is all about. The third track, “Goddess In Our Midst”, has a ’00s No Doubt feel to it, allowing Madam Who? to showcase her soulful vocals.

“Strange & Beautiful” follows next, giving us an acoustic stripped-back sound that transforms the LP into an interesting and engaging music experience. Track five is the most recent single, “I Am Enough”, which is full of strength as we hear her story and you can hear how much she actually believes in herself, effortlessly sending encouraging vibes to her listeners. “Good Without You” follows next, which is rhythmically tuneful and groovy, giving edgy experimental rock mixed with honesty and integrity in the lyrics. The final track, “Sincerest Thank You”, ends the LP theatrically, with unmistakable piano chords and a theatrical vocal which feels beyond real and her listeners can feel within their hearts.

Talking about the album, Madam Who? said: “I wrote these songs as a form of therapy after I hit the most difficult time in my life. After being emotionally abused and abruptly discarded, I started my life over with little knowledge of who I was anymore. Before this destructive relationship, I pursued a music career. When it was over, I started writing again, with a focus on empowerment, not my life’s antagonists. The overall message is to be kind and love yourself.”

Stream “Reclaim Your Power” by Madam Who? here:

“Reclaim Your Power” by Madam Who? is available to download and stream on all platforms, right now.

Let us know your thoughts on “Reclaim Your Power” by Madam Who? on Twitter @CelebMix.