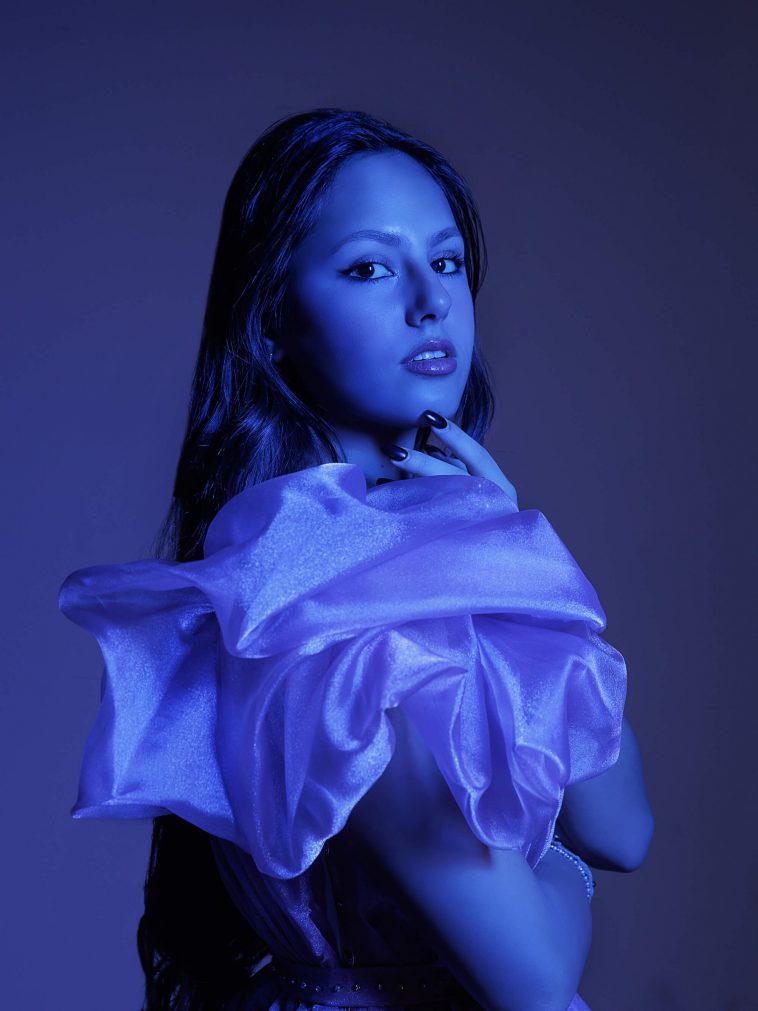 Released towards the end of last year, Sindy Hoxha doesn’t shy away from delving deep within her heart for some chilling emotions in the incredible single “feeling blue”. This follows up her previous single titled “Someone New”.

Sindy Hoxha is an Albanian singer-songwriter who was brought up in Italy prior to relocating to New York. Having released a handful of singles to date, this rising star is really coming into her own using her interesting background to fuel her soulful-pop sound. Full of vibrancy, her music has been able to travel across worldwide boundaries allowing her to put her own spin on the music industry. Her second solo single, “Beautiful Nightmare”, has quickly gained traction, becoming her most-streamed track on Spotify with thousands of streams. Sindy Hoxha continues to shine in her releases and 2023 is set to be her best year yet.

Written by the artist, herself, whilst it was produced by Aaron Mrlab Monroe, “feeling blue” is a stripped-back emotional piano ballad that effortlessly showcases her stunning vocals. Lyrically discussing heartbreak, Sindy Hoxha puts everything she has into this track and it sends chills to us from start to finish as we feel everything she feels right down to our hearts. Mellow and soulful, the track flows effortlessly touching every listener it comes across.

Talking about the track, Sindy Hoxha said: “Just by reading the title of the song, ‘feeling blue’, one may already guess it’s going to be a sad song; and it is, in fact, a song about heartbreak. ‘feeling blue’ is generally inspired by intricate love stories displayed in movies, and what I imagine a heartbreak from a significant other could feel like.”

“feeling blue” by Sindy Hoxha is available to download and stream right now. The track has been engineered by Harry Conyers at Savion Studio.

Let us know your thoughts on “feeling blue” by Sindy Hoxha on Twitter @CelebMix.