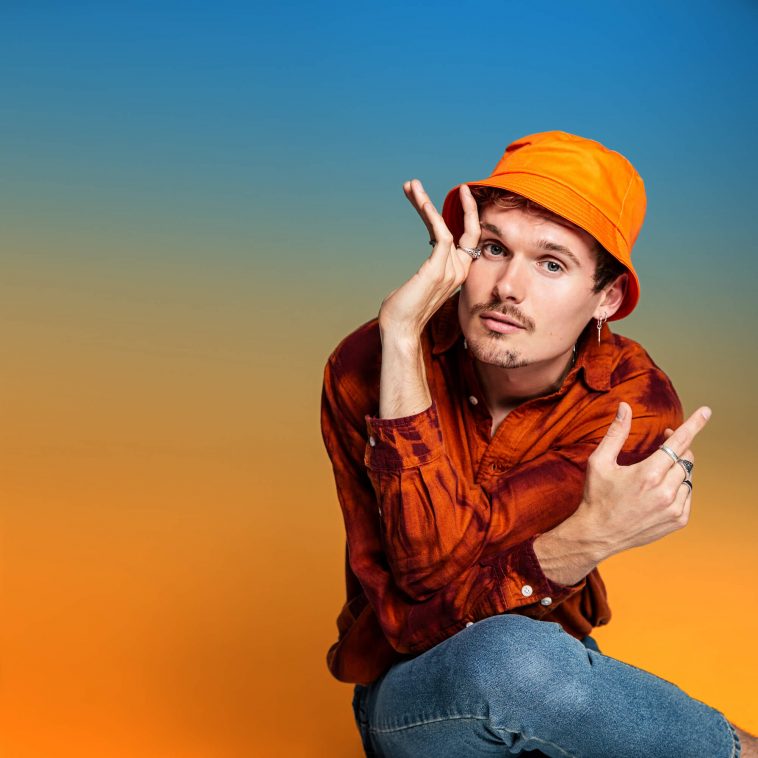 We all need to recover and Waiting for Smith showcases just that in his awesomely powerful music video for the track “Heal”, which gave us chills on our first watch. There’s not a lot to the visual and yet it manages to make a huge impact on its viewers. The track is taken from his sophomore EP, titled “Trying Not To Try”, which he released last month.

Waiting for Smith, real name Hardress “Harry” Lloyd, is a singer-songwriter from Oxfordshire. His dedication to music came at 24 when he broke his back in two places during avalanche training – as prior to singing he was a ski instructor in the French Alps – and had to spend a year recovering, during which he learned to play the guitar and started to write songs with passion and renewed purpose. He first started writing songs at 7 years old, but finding himself bedbound led him down a road of poetry and later writing music. When he was able again, Harry Lloyd formed Waiting for Smith, which he named after consistently waiting around for the original drummer, Smith, who always failed to show up. He debuted his music in 2017 with the song “Don’t Let Me Down (This Christmas)” and has gone on to receive millions of Spotify streams, land radio play on over 190 radio stations worldwide, and had his music played in a variety of TV shows and commercials. His most-streamed track on Spotify is “So Much Love” with 1.1 million streams and he has gone on tour around the UK as well as internationally.

“Over the past few years, I’ve been on a real search to explore my mind while pursuing music, beginning with a year in bed after an accident,” Harry Lloyd revealed. “I read and watched everything I could to be inspired. I tried many forms of therapy and healing in search of a calmer approach to life’s ups and downs – realising I couldn’t control my life but I could control how I reacted to it. The EP came out of those early discoveries of philosophy, meditation and The Tao Te Ching. This all helped to find out what I was looking for: Ask for it, and then let go of the outcome. And that is the meaning of ‘Trying Not To Try’”.

Watch the music video to “Heal” by Waiting for Smith here:

Written by Dane Lewis Etteridge and Hardress Anthony Llewellyn Lloyd, “Heal” is a highly-emotional track that can be found on Waiting for Smith’s second EP, “Trying Not To Try”. Harry Lloyd effortlessly spreads positivity in this track, claiming to wear his scars out in the open and that you can claim confidence in doing so. This song alone promotes self-love and influential self-belief in ones-self. Yet, the song is outdone by the incredible concept of the accompanying music video.

Directed by Martin Sweers, with Robin Datema acting as director of photography and Lian Schreuder as the producer, the music video for “Heal” sees Harry Lloyd go into a studio and meditate for eight hours while 63 people on the streets of Amsterdam were asked a question and then were invited to write their answers on his body. The concept of the video came from Lian Schreuder, Waiting for Smith and Martin Sweers, possibly taking the lyric in the opening verse, “The world has painted on me / Emotions”, and used this as the basis for the video. Iconic and unforgettable, this day alone – 9 October 2022 – was impactful to the entire 63 volunteers who took part, and for Harry Lloyd too. The melodic colourful tones used throughout as well as his meditative state releases tranquil energy to the viewers. Add that to the positivity from the track and the thought of these volunteers releasing their answers to the question – “What is it that you want to heal?” – all combine to create an ethereal vibe, and then at the end, he washes off all the words with a sponge, wiping away the struggles we are facing and allowing us to heal.

Let us know what you make of the music video to “Heal” by Waiting for Smith on Twitter @CelebMix.