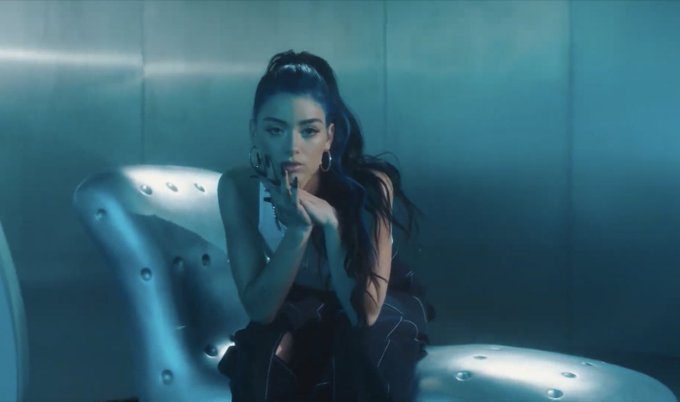 Social media phenomenon and recording artist Dixie D’Amelio has given her fans a festive gift in the form of a new single called ‘Roommates’.

Released as a surprise on Christmas Day, Dixie announced the arrival of ‘Roommates’ on Instagram, accompanied by a detailed caption which explained the track’s meaning.

Written by Demi Lovato, Mitch Allan, M-Phazes, Brett McLaughlin, Chloe Angelides, and Nick Lopez, ‘Roommates’ was originally a poem penned by Demi, which was later turned into a song. The track is an honest ode to mental health struggles and sees Dixie sing about the ‘roommates’ which occupy her mind even when she’s alone.

Speaking frankly about her personal struggles, Dixie explained that her battle with mental health has been particularly prominent throughout 2020. “Anxiety and depression have taken over my life this year and to the point where sometimes the only thoughts in my mind are to not be here anymore. It’s not that I’m ungrateful, but it’s been so hard to see how many amazing things are going on in my life when my mind just isn’t in the right place.

“This year in particular, the internet and its negative commentary played a big part,” she continued. “And not only for me, but so many others. I realize that I shouldn’t read comments and i’m working on that. I’m also working on how to show my true self every day and not spend time on trying to look ‘perfect’ for the internet (even if I look musty lol.)”

Dixie also expressed that she truly relates to this song and that music in general helps her to speak about her battles. With the aim of raising awareness and reaching out to others who might be struggling, she said: “I love working with music and sharing it and so I will continue to do what I love because I know there are many who can relate.”

‘Roommates’ comes accompanied by a Chandler Lass-directed music video. In one powerful scene, Dixie takes ownership of some of the hateful comments she has received during her career, whilst another sees her battling different versions of herself, depicting the ‘roommates’ who have found a home in her mind.

‘Roommates’ follows on from Dixie’s previous singles ‘One Whole Day’ featuring Wiz Khalifa and ‘Be Happy’, in addition to ‘Naughty List’, her Christmas collaboration with Liam Payne.

Despite only officially launching her music career earlier this year, the HITCO artist has already racked up over 14.8 million monthly listeners on Spotify. Dixie has also been awarded Billboard’s December Chartbreaker title, was included in Forbes’ coveted 30 Under 30 List, and was named as one of YouTube’s Top Breakout Creators of 2020.

What do you think of Dixie D’Amelio and her latest single? Let us know on Twitter @CelebMix