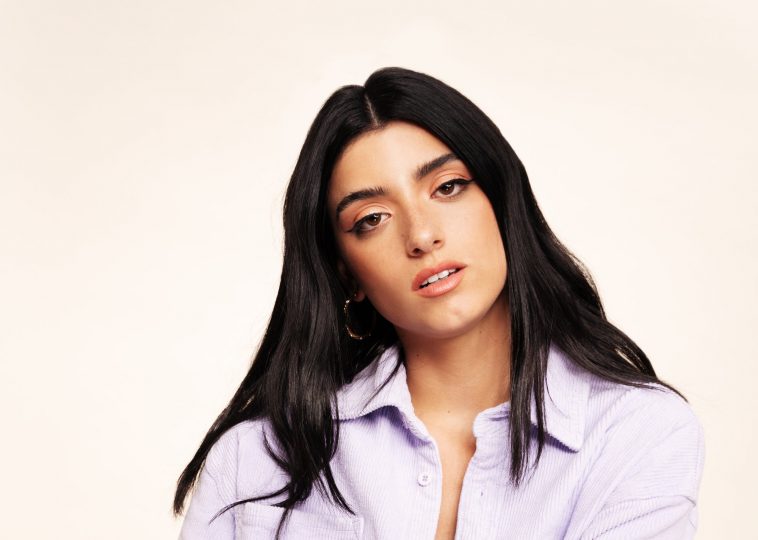 Created and inspired during quarantine, Dixie first teased the track earlier this month after she posted a TikTok of herself singing the song a cappella. Not only did the clip amass over 16 million views, but it also racked up over 125,000 comments in the first 24 hours, which inspired Dixie to continue the process and release ‘Be Happy’ as a single.

Co-written by Christian Medice, Sam De Rosa, Joe Kirkland and Billy Mann, ‘Be Happy’ is such a relatable song, especially during the current pandemic. The track explores the conflicting feelings that many young people face in life, particulary during such unprecedented times. Even if you’re constantly told just to put on a brave face and be happy, this track reminds us that it’s okay to have bad days.

Speaking about the song, Dixie said: “I felt connected to this song immediately. I wanted to share the honesty of this message with others, especially those around my own age. I remain so grateful for the people that surround me and the opportunities I’ve been given, but some days, as we all know, it’s not easy to be happy. My hope is that anyone who listens can be reminded that it’s okay to feel what we feel. It’s okay have a bad day. We all have them and you are not alone.”

Sometimes I don’t wanna be happy, don’t hold it against me. If I’m low just leave me there, let me be sad…what’s the matter with that?

Whilst it is no secret that Dixie has a passion for singing, ‘Be Happy’ is the first track she’s ever recorded (in true quarantine fashion), and will hopefully be the first of many that we hear from the rising star.

Dixie is best known as a TikTok creator, with over 27 million followers on the platform. Along with her sister Charli D’Amelio, and parents Marc and Heidi, they’ve been taking the video sharing platform by storm.

Dixie has also lent her talents to a number of brand campaigns including Polo Ralph Lauren and Dermalogica. She’s an advocate against cyberbullying too, and has partnered with organisations including UNICEF to raise awareness on the negative effects cyberbullying can have on young people.

‘Be Happy’ is available to download and stream now.

What do you think of Dixie D’Amelio and her debut single ‘Be Happy’? Let us know on Twitter @CelebMix