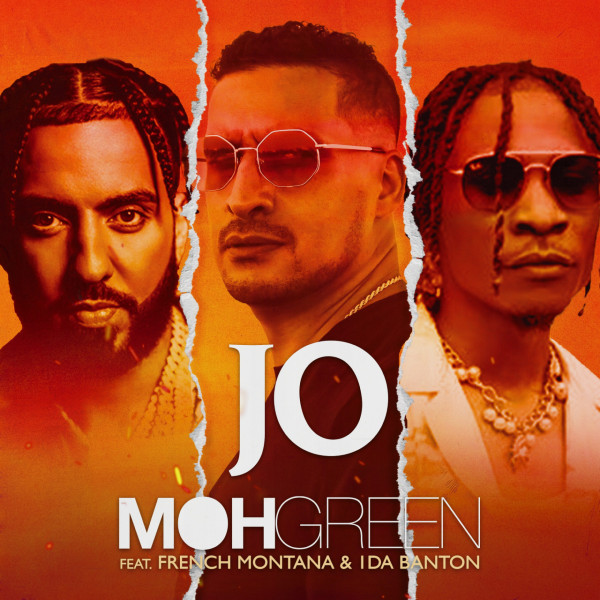 Speaking about the inspiration behind “JO,” Moh Green says, “My goal with this song is to merge our different cultures musically – French Montana, 1da Banton, and myself. My message has always been to export African music all over the world and for it to be without limits – this song ‘JO’ is a continuity of that message being brought to life. My mantra in life is to do things now, hence why my upcoming project is titled ‘Just Now,’ and that is what led to the making of this song. We just wanted to make it happen and we didn’t let the distance between us as artists get in the way.”

Hailed as one of the most influential afro club DJs in the world, Moh Green has performed at more than 1,000 clubs around the globe, from Miami to Rio de Janeiro to Montreal to Shanghai to Dakar. With more than 250 million streams, he has worked with Sean Paul, French Montana, Fally Ipupa, and Runtown, collecting applause from MTV and AFRIMA.

Produced by Moh Green and Nour, “JO,” which means ‘dance’ in Yoruba, opens on emerging exotic tones flowing into a delicious afrobeat-laced rhythm driven by lush percussion, topped by a glowing flute. The smooth flows of the rappers imbue the lyrics with sumptuous, sensuous textures and captivating rhymes.

The video, directed by Marseille-based Red Out Black, was shot in Miami and Paris and depicts glamorous locations filled with gorgeous women.

Brimming with contagious afrobeat motion, “JO” entices listeners to drop all their inhibitions and move to the groove.