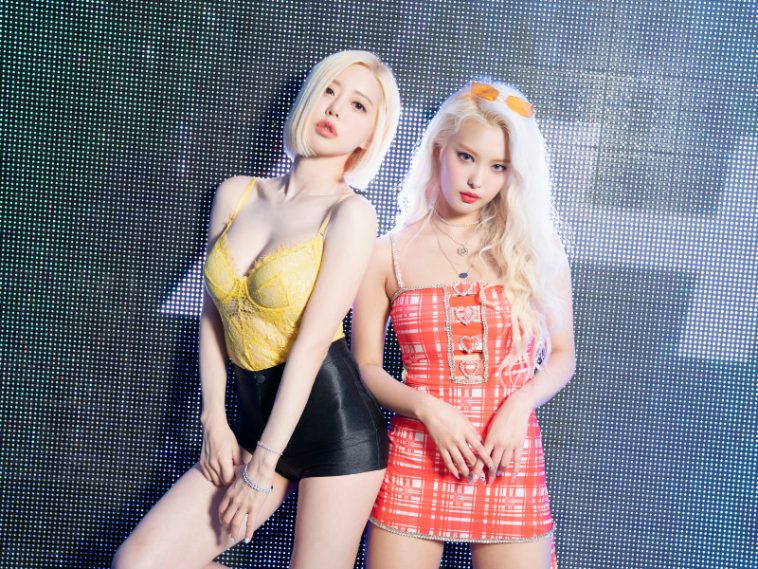 DJ SODA and Lost Chameleon join forces to release “Okay,” featuring Ahin of the group MOMOLAND. Released via the Purple Fly label, the song merges the energies of K-pop and electronic dance music into a galvanizing song.

Not only a thriving DJ, but also a renowned fashionista, DJ SODA has partnered and modeled for prestigious brands such as DIOR, GUESS, K-Swiss, New Balance, Nike, Mac, Joy Rich, Nixon, Diamond, and Chanel. Her prior releases appeared on Barong Family and Spinnin’ Records.

Lost Chameleon spans both anime and electronic music, fusing his CCI-fi character with dazzling K-pop music. On their part, MOMOLAND burst on the scene with the reality show Finding MOMOLAND, followed by releasing their mini-album, Welcome to MOMOLAND, as well as red-hot singles like “BBoom BBoom” and “BAAM.”

All three are now part of Purple Fly, the NFT record label, joining the other members of Purple Fly’s family, including Laidback Luke, BLVD., Fatman Scoop, Shaquille O’Neal, and Sevenn, among others.

“Okay!” opens on creamy, kaleidoscopic colors topped by Ahin’s lustrous voice. When the rhythm takes over, the tune assumes a driving dance rhythm supporting shimmering leitmotifs and potent synth flavors. Thumping, swirling breakdowns shift the harmonics, adding luminous surfaces, and then ramp back up to enticing layers of dance momentum.

Along with the song’s electrifying melody, Ahin’s vocals provide the highlight of the song. It’s one of those voices simmering with latent sensuality and velvety inflections, yet it has the range and resonance to deliver soaring tones, complementing the yummy R&B-influenced vocal riff, which injects the tune with an impeccable layer of complexity, nuanced and enticing.