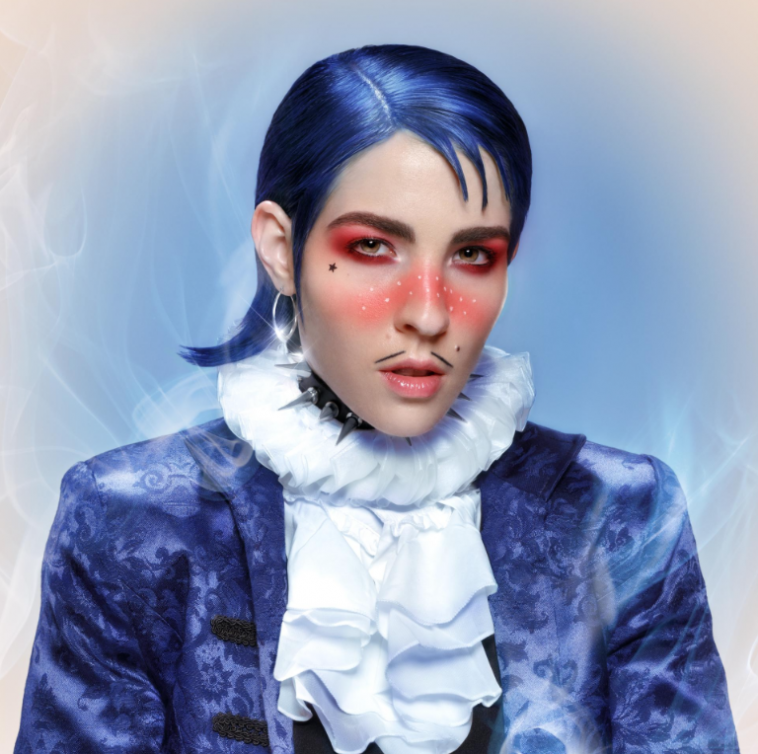 Dorian Electra treats fans to four exclusive tracks and a new world tour as a final hurrah to the singer’s breakthrough era.

Umru and Absrdst are recruited once again for production on the clanking ‘Tool For You’, elsewhere Bonnie Mckee and Mood Killer lend a hand gifting standout album track ‘Guyliner’ a country twang. ‘Under The Armor’ is a tongue-in-cheek banger you might have heard headlining Coachella in the Middle Ages and ‘Your Kinda Guy’ is Electra’s quirky take on a pop ballad.

Fresh off the back of a sold-out show at London’s Village Underground last November, Dorian Electra also announces The Flamboyant Tour – their largest headline tour to date. Playing 26 dates across the United States, Europe and Australia through February to May, a stop at London’s Heaven comes on April 24th. Tickets are on sale now.

As well as all your favourite tracks from Flamboyant, fans can perhaps expect some unreleased material as Electra spends time in the studio alongside their trusted creators. In fact, Electra & co. invite you to join them on an Instagram livestream this Saturday at 12PM PST to help co-write a track in the same was as 2019’s ‘2 Fast’.

Which is your favourite deluxe track on Flamboyant? Are you catching Dorian Electra on tour? Let us know @CelebMix on Twitter.