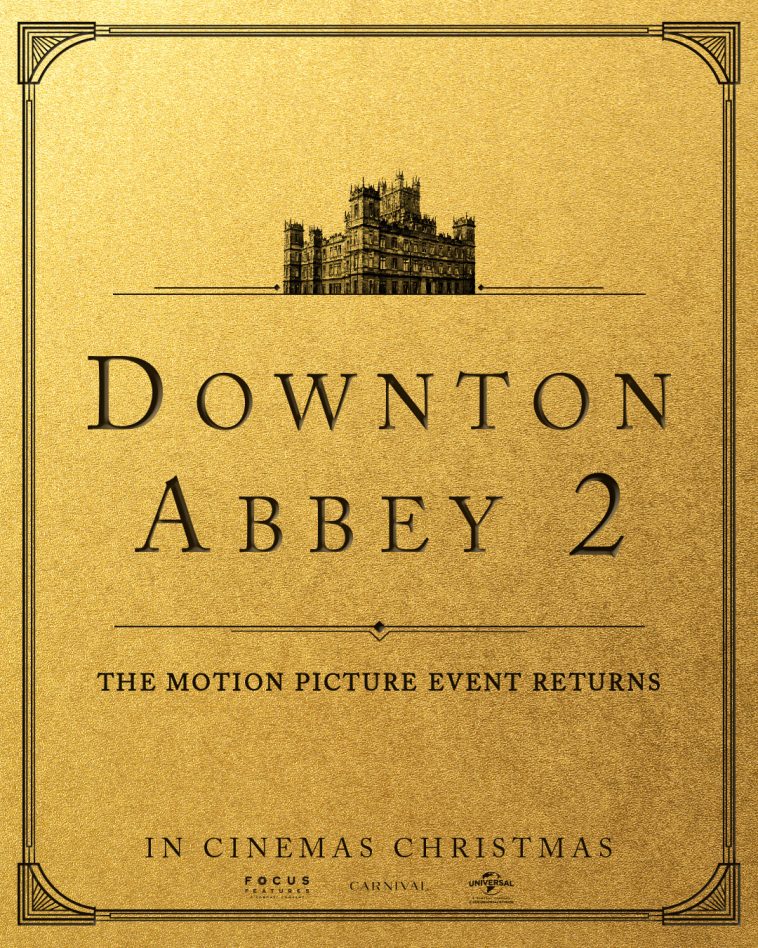 The original principal cast ( including Michelle Dockery, Hugh Bonneville, Dame Maggie Smith and Laura Carmichael) will all once again return for the second film which began production last week.

Joining the Downton Family for the new film Hugh Dancy, Laura Haddock, Nathalie Baye and Dominic West. Julian Fellowes will once again write the film’s screenplay, with Emmy and BAFTA Award-winning Gareth Neame and Emmy Award-winning Liz Trubridge back to produce the film with Julian.  BAFTA and Emmy nominated director Simon Curtis (My Week with Marilyn) will join the filmmaking team to direct the sequel.

The initial film followed a Royal Visit to the Crawley family and Downton staff from the King and Queen of England and ended with a ball fitting for the Royal Family.

Gareth Neame, the film’s producer and executive chairman of Carnival Films said, “After a very challenging year with so many of us separated from family and friends, it is a huge comfort to think that better times are ahead and that next Christmas we will be reunited with the much-beloved characters of Downton Abbey.”

Focus Features chairman Peter Kujawski said, “There’s no place like home for the holidays, and we can’t imagine a better gift than getting to reunite with Julian, Gareth, and the entire Downton family in 2021 to bring the Crawley’s back home for their fans.”

Are you as excited as us for Downton Abbey 2? Let us know on Twitter!