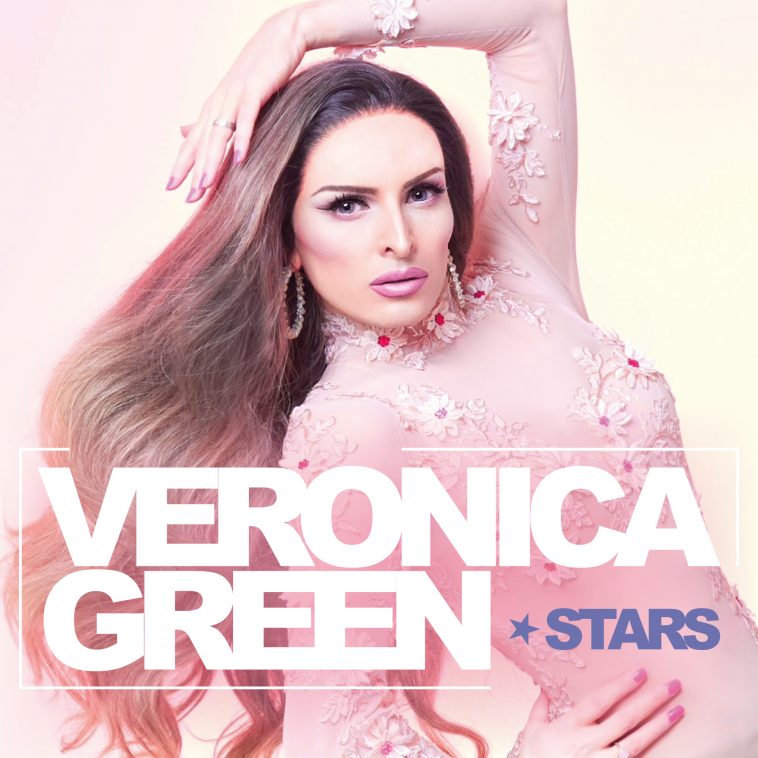 ‘Stars’ is a reflective offering which tells the story of someone who has been described as ‘different’ or ‘strange’ finding solace and acceptance in a big city, which in turns allows them to shine and be themselves.

Written and produced by Ian Masterson, the pop genius who has previously worked with the likes of Girls Aloud, Pet Shop Boys, Dannii Minogue and Sophie Ellis Bextor, alongside Hayley Sanderson, the heartfelt ballad strays away from the usual pop bops released by Drag Race alumni and is unapologetically true to Veronica and her story.

Speaking about the track, Veronica says: “I think a lot of people will relate to this song coming from small towns and villages and finding their place and acceptance in a big city. It’s a big musical theatre style pop song that provides the perfect introduction to my musical world.”

Veronica was one of the standout queens on the second season of Ru Paul’s Drag Race UK which aired earlier this year. Whilst her journey was cut short due to testing positive for COVID-19, during her time on the show Veronica wowed the audience and the panel with her runway looks and won a Ru Peter badge for her performance in Rats: The Rusical. Veronica received an open invitation to take part in season three so we hope we’ll get to see more of her undeniable talent on TV soon.

On May 17-19, Veronica will be marking the opening night of theatres in London in the Drag Queens of Pop show at the Vaudeville Theatre. Starring alongside Drag Race UK season one winner The Vivienne and season two favourite Tia Kofi, the trio will be singing their own music releases alongside some covers of classic pop hits. Remaining tickets can be found here.

Veronica will also be joining her season two queens on tour in 2022. Originally set to be a tour featuring the top four queens – Lawrence Chaney, Bimini Bon Boulash, Tayce and Ellie Diamond – the whole cast were later added to the line up due to public demand, with around two thirds of the tour already sold out.