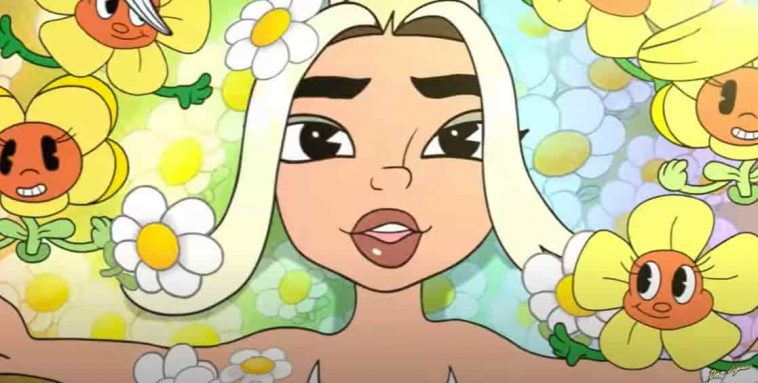 Dua Lipa has unveiled the music video for her latest single ‘Hallucinate’, which is taken from her sophomore album Future Nostalgia.

Directed by The Mill’s Lisha Tan, the visual is a fun animation which Dua says was “created with love during lockdown”. Featuring a fully animated Dua, we see the songstress dance her way through a crazy cartoon world which includes robots, flowers, skulls and a giant disco ball.

Check out the music video for ‘Hallucinate’ below.

‘Hallucinate’ is a firm fan favourite from Future Nostalgia, and even became a bit of a viral sensation during lockdown thanks to Ben Howell. He decided to create a ‘Hallucinate’ mash up using the BBC News theme – a unlikely yet iconic combination.

Not only did the remix catch the attention of BBC Radio 1 presenter Greg James, but it also reached Dua herself, who gave it her seal of approval.

‘Hallucinate’ is the fourth single to be released from Future Nostalgia, following on from ‘Don’t Start Now’, ‘Physical’ and ‘Break My Heart’. The album topped the UK Albums Chart back in April, becoming her first album to achieve this feat.

What do you think of the music video for ‘Hallucinate’? Let us know your Dua Lipa related thoughts on Twitter @CelebMix