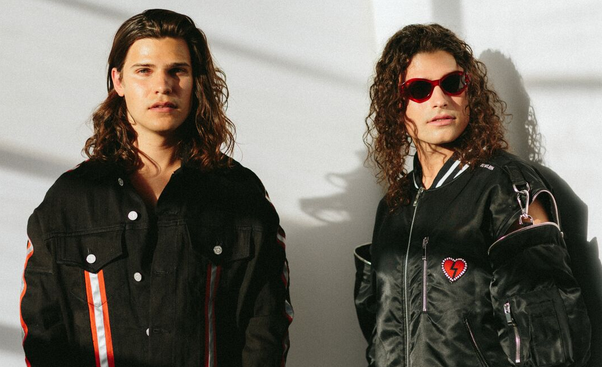 Canadian EDM superstars DVBBS recently released a compilation of their previous hit singles, along with new productions, entitled Nothing To See Here,” via Ultra Records.

Formed in 2012, DVBBS is made up of brothers Chris Chronicles, aka Christopher van den Hoef, and Alex Andre, aka Alexandre van den Hoef.

Speaking to the album, DVBBS shares, “‘Nothing To See Here’ has been a project we’ve been unraveling for the last year, that digs deeper into our life with productions and songwriting that paint a vivid picture of what experiences we were going through.”

The two broke out with the release of their debut EP, Initio, on the Universal Music label, featuring elements of house, electronic, dubstep, and reggae music. They followed with their massively popular single “Tsunami,” propelling them into the upper echelons of EDM.

Since then, they’ve turned out hit after hit, including “La La Land,” “Gold Skies,” and “Angel,” which amassed more than one billion streams, while performing 250 shows per year, year after year, including the main stage at Tomorrowland, TomorrowWorld, EDC Las Vegas, Miami’s Ultra Music Festival, Hakkasan Las Vegas, Ibiza’s Amnesia and Ushuaia, and Creamfields.

DVBBS have played with mega-stars such as Tiesto, NERVO, Steve Aoki, Martin Garrix, Showtek, Sander Van Doorn, and DJ Snake, along with a host of others.

Nothing To See Here opens with “Swim,” traveling on a low-slung yet potent rhythm moussing up to shimmering synths pulsing with vibrant colors. Highlights include “GOMF,” featuring Bridge, which rides a throbbing dance rhythm topped by fat, deep colors simmering with energy.

“Loyal,” featuring the gorgeous luminous voice of Veronica, blends dark colors on a thick, driving rhythm. Kaleidoscopic breakdowns shift the coloration of the harmonics to hazy, trickling colors, and then kick back up to sensual momentum.

Nothing To See Here surges with hypnotic EDM washes of color, galloping beats, and scrumptious sonic muscle. Each and very track is a winner.