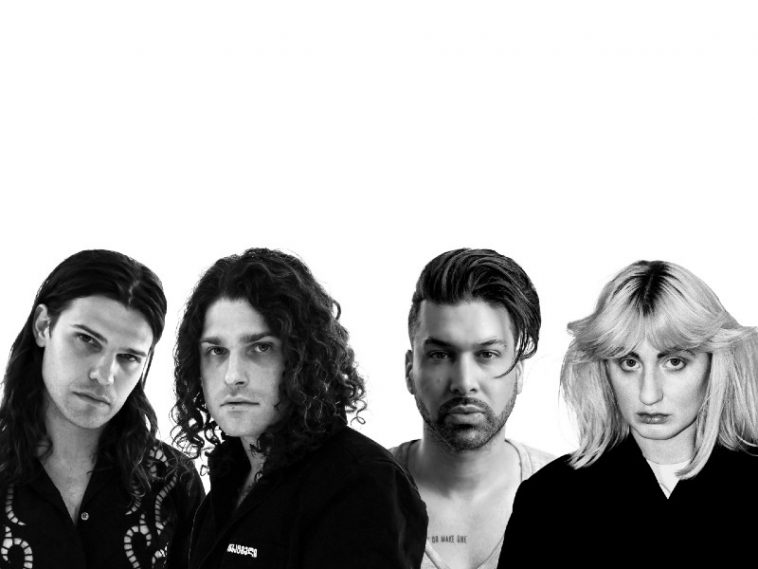 Dance music producers DVBBS join forces with GATTÜSO and Norwegian singer-songwriter Alita on their brand-new single, “Leave The World Behind,” via Ultra Records.

Talking about “Leave The World Behind,” DVBBS shares, “Proud to be a part of this powerhouse release. The blend of musical taste goes deep through this record, and we can’t wait for people to hear it in all different parts of the world.”

While GATTÜSO adds, “Songs often take a long time to come together and I feel strongly that this one has been worth the wait. DVBBS and I started sending each other music in March of 2020. We’ve been looking for the right song to work on for almost 18 months. I have watched Alida grow over the last four years, and in the last year, I have continued to be blown away with her vocals and songwriting. I really love collabs like this because it puts everyone’s music in front of new fans and brings a lot of energy to the release and I believe this is a big one. This song made its way from Norway to NY, to LA and now it is ready to blast off… and ‘Leave The World Behind!'”

Alida explains the song, “‘Leave The World Behind’ is a song about finding comfort in each other even if everything else surrounding you is falling apart.”

DVBBS, made up of brothers Alexandre and Christopher van den Hoef, burst through to international attention with the release of “Tsunami.” Since then, they have collaborated with mega-talents such as blackbear, 24kGoldn, Jasmine Thompson, Belly, NERVO, and Juicy J, along with performing at the world’s crème de la crème music festivals: Tomorrowland, EDC Las Vegas, Ultra Music Festival, Hakkasan Las Vegas or Ibiza’s Amnesia, and Ushuaia.

NYC-based DJ and producer GATTÜSO made big waves in 2018, releasing “Who We Are.” Almost overnight, Ultra Music signed him. Three appearances on Billboard’s Dance Radio chart and 250 million streams on Spotify and Apple Music testify to his dynamic, contagious sound. Recent releases such as “Bring That Back” and his collaboration with R3HAB on “Creep,” which has 90 million streams, pushed him to the top tier of electronic music producers.

Originally from Norway, now based in LA, Alida has collaborated with Noonie Bao, Axident, Big Taste, The Orphanage, Cheat Codes, The Monarch, Loren Gray, Rollo, and Robopop, as well as co-writing and being featured on Robin Schulz’s single, “In Your Eyes.”

“Leave The World Behind” travels on gleaming, swirling colors topped by Alida’s deluxe, distinctive voice. As the music ramps up, the harmonics take on a thumping, driving rhythm as the evocative voice of Alida imbues the lyrics with wickedly alluring, infectious textures.

With “Leave The World Behind,” DVBBS, GATTÜSO, and Alida offer dazzling, compelling dance music rippling with hefty layers of oomph.