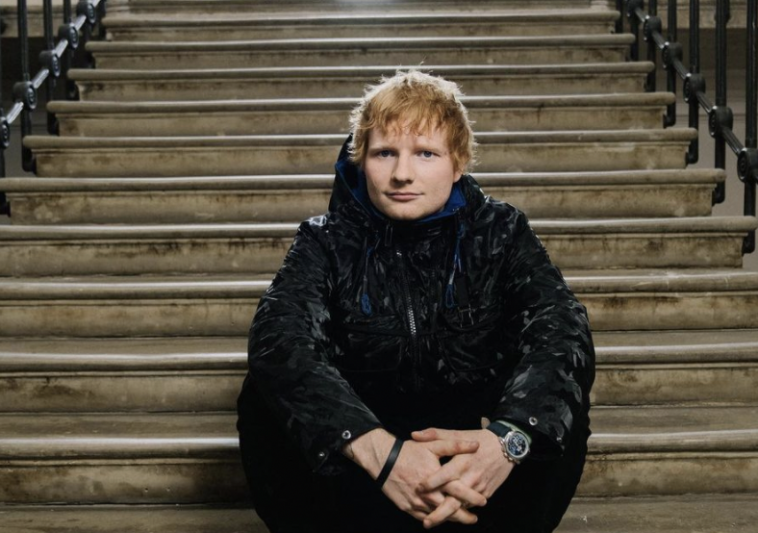 After much anticipation, Ed Sheeran has announced that his upcoming single “Bad Habits” will be released on June 25. This is the singer’s first official solo release since “Happier” off of his 2017 album Divide.

During an interview with BBC Radio 1 last month, he described the single as ” “really different.”

In a recent Instagram post, Sheeran shared the single’s artwork. It features the singer dressed as a vampire with fangs and glittery eye makeup.

“I’ve been working away in the studio over recent months and I can’t wait for you to hear ‘Bad Habits.’ I always aim to push myself and my music in new directions and hopefully you’ll hear that on the new single. Feels great to be back!” Sheeran said in a statement.

He will also be performing live from Ipswich Town’s Portman Road on June 25 for TikTok’s UEFA Euro 2020 show. The set will stream globally on TikTok starting at 4 p.m. ET/9 p.m. BST and feature Sheeran’s first live performance of “Bad Habits.”

The “I Don’t Care” singer has been teasing fans over the past few weeks as he continuously hinted that new music was on the way. About a week ago, he shared a video featuring his friend and Friends actress Courtney Cox playing the piano in what appeared to be a little jam session. Sheeran played his guitar and sang a little and it’s safe to say that fans were beyond excited about this.

Sheeran’s biggest and most obvious hint came from a recent Instagram post that he captioned: “The moment you realise your first solo single in 4 years is coming out in a few weeks.”

It’s been a busy year for Ed Sheeran. Just months ago, the singer-songwriter became a father. He welcomed his first daughter, Lyra, with wife Cherry Seaborn.

Sheeran told BBC Radio 1 that his daughter cries when he tries to perform for her: “Now I’ll sing [my new songs] to my daughter, who’s not my biggest fan. She just cries!” He did reveal, however, that she enjoys “Shape Of You” the best.

Sheeran opened up about “Bad Habits” to BBC Radio 1: “Like, I could just release a ‘Thinking Out Loud’ or a ‘Castle on a Hill’ or something that is safe but for me, I like the idea of putting something else and being like, ‘I don’t know how people are going to feel about this.'”

What makes you excited to hear “Bad Habits” by Ed Sheeran? Tweet us using @CelebMix and let us know!