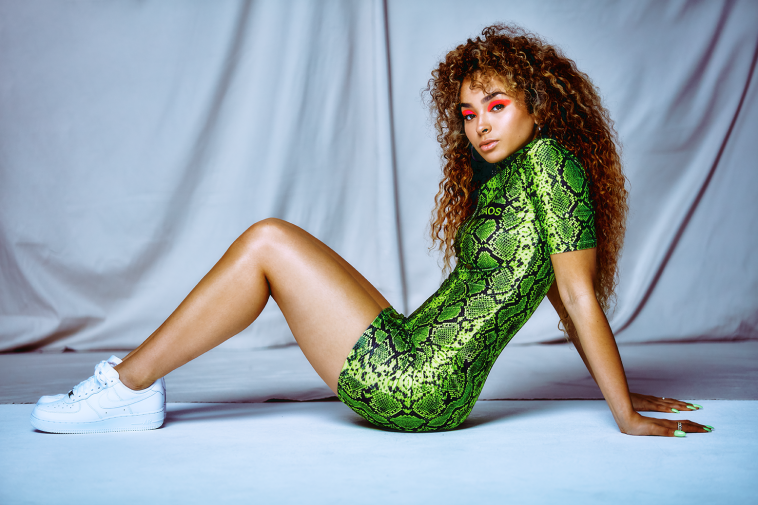 The tropically-tinged flick comes after 2019’s ‘Mama‘ and a recent stint alongside the judging panel on The X Factor: The Band. Written during a recording trip to Jamaica last year, today’s single sees Ella Eyre open a new post-breakup chapter.

“‘New Me’ is one of my favourite songs I’ve ever written and I’ve been excited about this one for a while. We’ve all made bad decisions at the end of a relationship and ‘New Me’ is about embodying a whole new mindset and finding the strength and self-worth to cut off a toxic situation.”

Recent chart success alongside Sigala has come on tracks such as ‘Just Got Paid’ and ‘Came Here For Love’ as the 25-year-old’s powerhouse vocals clicked with the producer’s penchant for a club-ready chorus. Seemingly inspired, the singer continues to provide her own party anthems.

The MOBO and Brit Award winner has kept herself busy in-between sporadic releases with forays into TV on The X Factor and a 2018 stint touring with The Script as they hit the U.K.’s arenas.

Are you loving Ella Eyre’s re-invention? Let us know @CelebMix on Twitter.