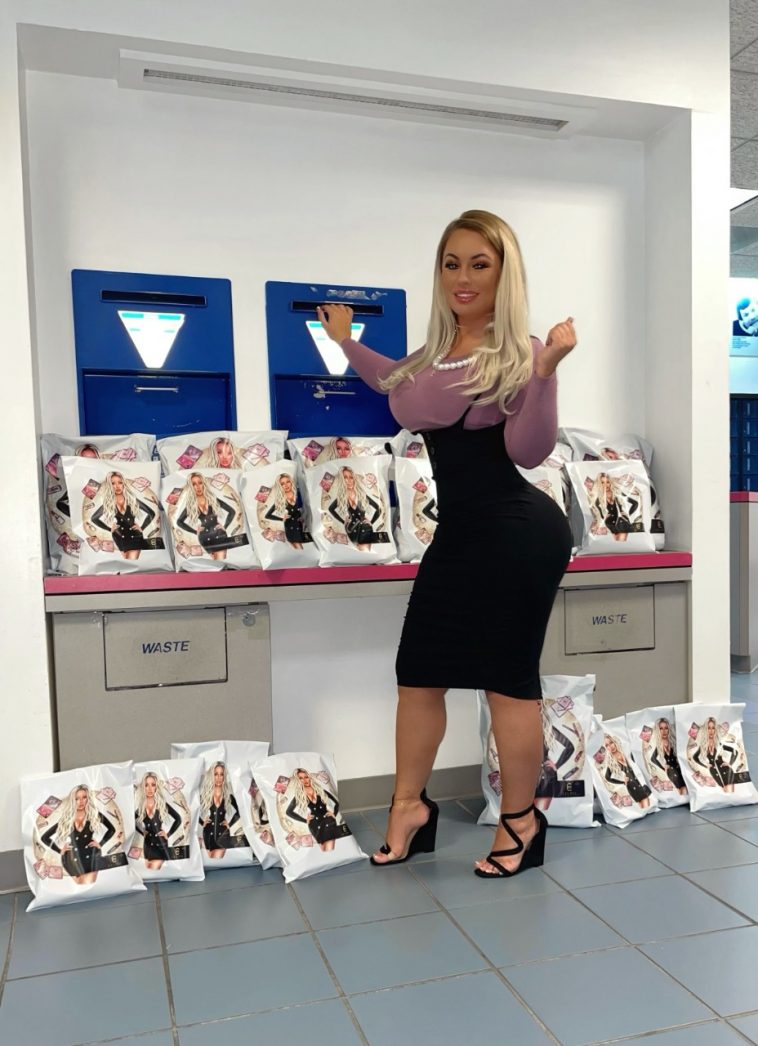 Elvisa Dedic is an ambassador for a fashion brand and an influential social media user. She has been employed in the fashion industry since the brand “PrettyLittleThings” provided her with initial support. In addition to that, she is the Chief Executive Officer and Founder of her very own beauty company called “Elvisa Cosmetics.” She started by posting pictures on Instagram, where she has amassed a following of 721,000 people.

The early and present life of Elvisa Dedic

On October 16, 1995, Elvisa was born in Bosnia. She was born in Bosnia and Herzegovina and earned a double bachelor’s degree in psychology and criminal justice from the University of Florida in 2019. Her age is twenty-five.

Her early success was a result of her hard work and determination.

She migrated to the United States when she was only 11 years old and has always been enthralled by various fashion and beauty styles and trends. She graduated from the University of North Florida, and  Soon after finishing her education, she began modelling and wanted to give it her full attention. Elvisa Dedic has it all.

Elvisa Dedic, founder and CEO of a cosmetics company

Elvisa Dedic is the owner of her beauty line and is the face of several recognisable businesses. She is well-known and is held up as an example of someone who has achieved great success. She is successful in the business world and is a model for fashion brands.

“Rather than simply wearing it, my goal was to become a brand.”Elvisa Dedic stated in an interview.

Even though she was a well-known public personality and worked as a brand ambassador for several well-known companies, Elvisa Dedic felt that there was more for her to achieve in life.

Because of her dedication and hard work, Dedic has established herself as a successful female entrepreneur. Her own cosmetics brand is called Elvisa Cosmetics, and she is the founder and chief executive officer of the company. Elvisa Dedic introduced her very first collection of cosmetics under the brand name “Elvisa Cosmetics” on July 16, 2021. She is responsible for the design of many different cosmetics.

Her brand carries a wide variety of beauty products designed to help a woman look and feel her absolute best. These products include lip gloss, eyeshadow palettes, mascara, and makeup bags. There are more than 14,000 people following the brand’s profile on Instagram. She will almost surely end up in several different fashion and entertainment magazines in the future.

It was necessary to conduct a significant amount of market research, seek professional advice, and secure funding before launching this brand. In addition to providing high-end products like bath bombs, purses, and brushes, Elvisa Cosmetics provides clients with a diverse selection of colours and sizes to meet their needs. This allows the company to cater to the preferences of all customers. You can examine each of these products in greater detail on the Elvisa Cosmetics website, where they are all sold. Her collection of luxurious cosmetics is quite large. Her collection of luxurious cosmetics is quite large.

The company’s name has become well-known for its reliability, and the company itself is becoming increasingly well-known. After devoting her entire life to fashion, modelling, and beauty, she eventually became the Chief Executive Officer of her own cosmetics firm and gave it the name “Elvisa Cosmetics.” Her images were known for their impeccable style. Elvisa Aesthetics carries various lip products, including lip balms, lipsticks, and other cosmetics.

Many people, including brand ambassadors of cosmetics companies, work to earn more money. But Dedic is not one of them. She is one of the few people who want to help and make this community better. Her goal related to his cosmetic brand is to make a difference. Her cosmetic brand aims to provide people with a better product and focus on their skin colour.

Her products are classic and aesthetic, just like her own personality, designed to help a woman look and feel her absolute best. Elvisa Dedic’s goal was to make an indelible impression on the cosmetics industry. Therefore, she decided to go into business by herself.

When they are in her presence, they are motivated to take charge of their lives and pursue any aspirations they may have, regardless of the difficulties they may encounter along the way. Her demeanour accurately reflects who she is; she is self-assured, self-sufficient, encouraging, and positive.

Elvisa Dedic, 25, is an actress who has appeared in several films. She weighs 59 kilograms and stands at 5 feet 5 inches tall. Her hair is blond, and her eyes are a vibrant green. She is currently residing in the United States. She was born in Bosnia and Herzegovina, a Balkan country.

She engages with her followers and responds to their queries as honestly as possible. When asked who her role model was, she said she didn’t have a single personality or star in mind, but she was fascinated by “classic” women from the 1950s to the 1980s.

Her mother, who also lives in the United States, is immensely important to her. She enjoys R&B music and is a Tupac lover. She stated that her favourite film was the Lion King Live-Action Remake. Casper, a puppy, is another of her pets. Elvisa Dedic is also known as the Queen of Instagram says Daily Reuters.

It is anticipated that by 2022, Elvisa will have amassed a net worth in the millions of dollars. She gets money through modelling for commercials and brands and doing brand marketing. Within a short period, she became a well-known figure. She is also enthusiastic about playing and would leap at the opportunity to have a leading role in a movie. As a result of her short films being shared widely across many social media platforms, she has become one of the most popular celebrities on Instagram.