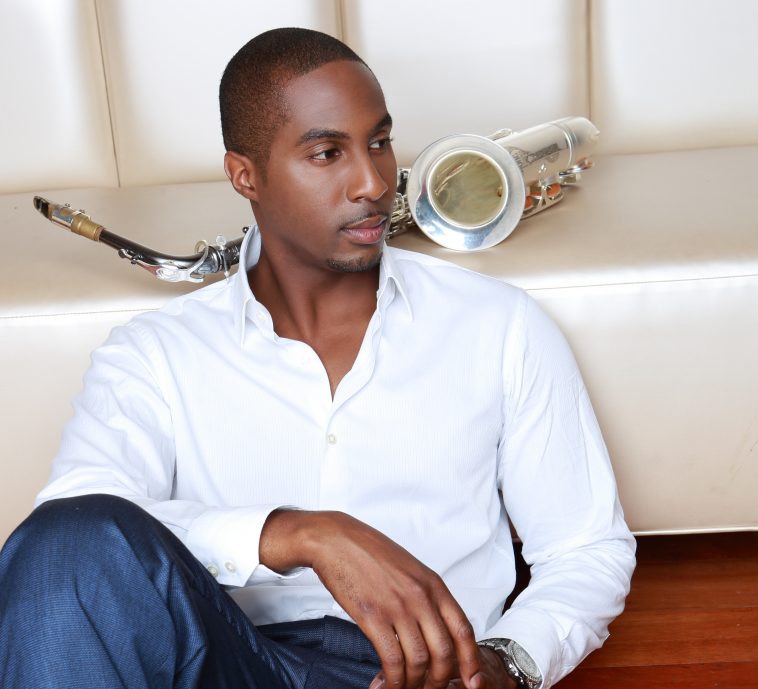 A journey that we’ve never experienced before, Eric Darius has created magic with his brand new album, titled “Unleashed”. This marks his second independent album release, following “Breakin’ Thru”.

Eric Darius is a Saxophonist, Songwriter, Producer, and Performer, hailing from Livingston, New Jersey, but grew up in Tampa, Florida; his childhood was surrounded by music and he ended up being influenced by the likes of Earth, Wind & Fire, Michael Jackson, Stevie Wonder, Marvin Gaye, George Benson, David Sanborn, Miles Davis, Bob Marley, and Grover Washington Jr., among many others. At the age of 17, he dropped his debut album “Cruisin'”, laying the groundwork for his following seven albums. His music career, so far, has netted him a bunch of jazz awards, as well as Billboard Jazz chart numbers including two number-one hits on the Smooth Jazz Airplay. This new album that he has just dropped, “Unleashed”, showcases his versatility, musical ability, and conceptual realness, bringing everything together and making it a passionate full-length LP.

Produced by Philip Lassiter and featuring collaborations from the producer, himself, Justin Lee Schultz, Eric Robinson, Josje, MonoNeon, Erick Walls, Metropole Orkest, Rebecca Jade, and Paul Jackson, Jr., “Unleashed” really does blur the lines between various different genres, mixing it around Eric Darius’ signature jazz sound. The entire album was recorded live in the studio, with the full band simultaneously capturing an organic, authentic sound as well as the synergies and energies of the musicians, right there, in the studio, all at the same time.

Talking about the album, Eric Darius said: “I wanted to push myself out of my comfort zone on this project and truly unleash my full musical potential. This album is an honest reflection of myself and my growth both musically and personally over the past several years and it really takes the listeners on a musical journey from start to finish!”

This album sure doesn’t hold back, Eric Darius blasts us with music right at the very start of track one – which is also the title track. Collaborating with Philip Lassiter on this one, there’s no denying that this is a jazz album, but not the sort of collection of tracks you’ll ever have heard before, and this first track really sets the tone. Upbeat, groovy, yet smooth, are the vibes that the listeners get from “Unleashed” the track, and those energies trickle down throughout the rest of the album.

Going down the smooth disco sound, “Rollin’ Out” is impossible not to move to, with the saxophone really playing a major role in this. “Swerve On” settles the tone, giving smooth relaxing vibes, while the fourth track really makes us feel like we’re at the movies watching a film, “About Last Night” takes us on a whole journey. “That’s My Jam” is the fifth track and it’s a collaboration with Justin Lee Schultz which twists R’n’B into the jazz mix; it’s undeniably catchy with soulful tones of the saxophone mixed with incredible chords and backing harmonies. “Grateful” follows next and it’s the first introduction to vocals, coming from Eric Roberson, whose voice is full of deep soul which mixes beautifully with the soulful jazz.

The seventh track, “Let’s Get It Poppin'” flips this entire album around, filtering in some hip-hop that seems like it shouldn’t work with jazz, but if anyone can make it work, it’s Eric Darius, and it’s come out incredible, with Josje impressing with the vocals and the chorus – this song is a piece of art and a half! “African Pride” continues to show Eric Darius’ versatility and experimentalism. “Love Not War”, which is a collaboration with MonoNeon and Erick Walls feels just as experimental, with the electric guitar and drums creating a jazz-infused-sensational sound. The tenth track, “Say That You Love Me”, sees Eric Darius collaborate with Metropole Orkest and Rebecca Jade, completely slows everything down and strips it right back, giving us a commercial pop ballad number with a prominent saxophone and gentle jazz chords. “Summer Feelin'” is the final track in the album, it’s a collaboration with Paul Jackson, Jr., and Eric Darius is determined to make sure we don’t forget about him or the album after this one as he makes an impact infusing a bit of soulful dance into his iconic jazz sound, ensuring the beat and the rhythm will get stuck in our heads for the rest of the day.

Watch the video performance of “Rollin’ Out” live at Clearwater, Florida here:

“Unleashed” by Eric Darius is available to download and stream on all platforms via his independent record label SagiDarius Music.

Let us know what you make of “Unleashed” by Eric Darius on Twitter @CelebMix.