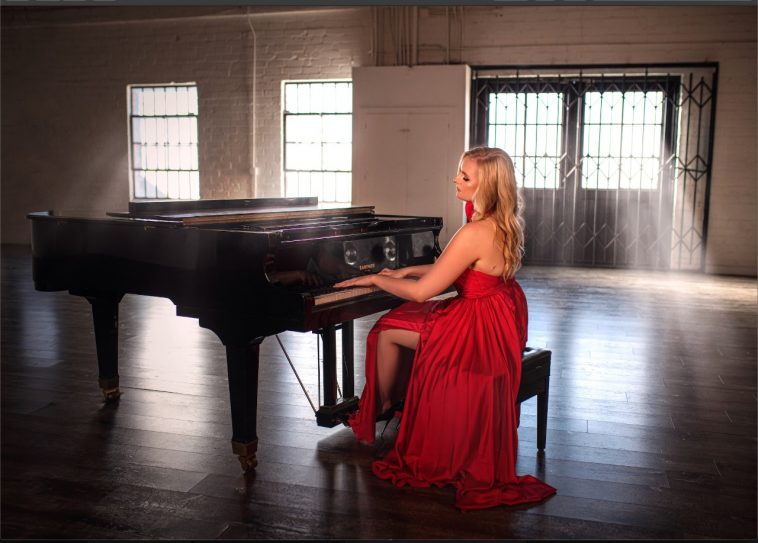 Klaudia Kudelko is excited to share her first single with the world. While Polonaise-Fantasy is one of the less popular pieces by Chopin, it brought many to tears when Klaudia spoke of its history on tour in the United States. Klaudia’s experience with this piece and how it connected with her audience led to Polonaise-Fantasy op. 61 by Chopin being selected as the first single from her upcoming album, ‘TIME’.

As a concert pianist, Klaudia toured the US, intending to bring audiences closer to Polonaise-Fantasy. She educated them about its history every night while sharing her interpretation. What genuinely connected with people was the piece’s humanity and timelessness. Interestingly, Chopin wrote it at the end of his life, knowing that his death was approaching. It covers his life’s experiences, including his pain, passion, and love in a bold way.

“The connection between Chopin and the audience was undeniable. I was fortunate enough to be given an opportunity to share this with all of them. A piece that is usually not Chopin’s most popular became close to so many in attendance and now I get to share it will all of you on all streaming platforms,” stated the talented pianist.

Following her North American tour, Flaunt Magazine dubbed Klaudia as “arguably one of the best (pianists) of modern day.” According to Flaunt Magazine, “Her excellent technical skills are the tools she uses flawlessly to connect the audience to the transcendence of music.” These skills will be on full display in Kudelko’s latest single and upcoming album.

Polonaise-Fantasy op. 61 by Chopin will set the tone for Klaudia’s album, ‘TIME’. The Los Angeles-based pianist recorded this album at the Zipper Hall alongside a Grammy-winning recording team. ‘TIME’ consists of works by Frédéric Chopin, Franz Schubert and Gra?yna Bacewicz. The contrasting sounds birthed from these musical geniuses will make for an audible treat like none other.