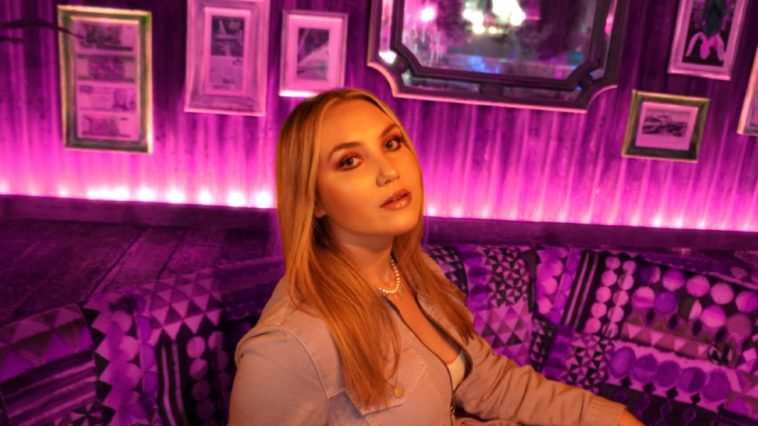 Pop-dance artist EVALINA releases her debut single, “Side Effects,” a song about the impact of a relationship that is falling apart.

EVALINA shares, “After years of working on my solo music I am incredibly excited to finally be releasing my debut single ‘Side Effects!’ This song is very special to me and really feels like the beginning of a new era for me as a solo artist and it felt like an appropriate song to debut with, having been the first song on my set list at each show when I went on tour last year.

“Lyrically, I think it showcases a more storytelling element to my writing that people may not have heard before in the dance features I’ve released and it’s the most personal song I’ve released so far (and there are many more in the works to follow!!)

“The response so far has been amazing! I’m so happy that there’s now a little piece of my heart out in the world and I hope people will be able to relate to my lyrics and love the song as much as I do! I can’t wait to perform an acoustic version at my Sofar Sounds set on the 21st of July!!”

After graduating from the renowned BRIT School, EVALINA sang on Alfie Cridland and Paul Kay’s debut single “Last Day in Paradise,” which took over the fifth slot on The Capital’s Official Big Top 40. She then followed by appearing on About That’s debut single, “Who Let The Dogs Out.”

“I was just in love with love / You’re the side effect / Tryna get the rush, too much / Hasn’t happened yet / ‘Tsall in my head / I know / Been waiting for the high so long / But I guess / I’m dealing with the side effects.”

EVALINA has it going on! There’s a captivating essence to “Side Effects,” a magnetic pull that lures listeners to move to the groove.