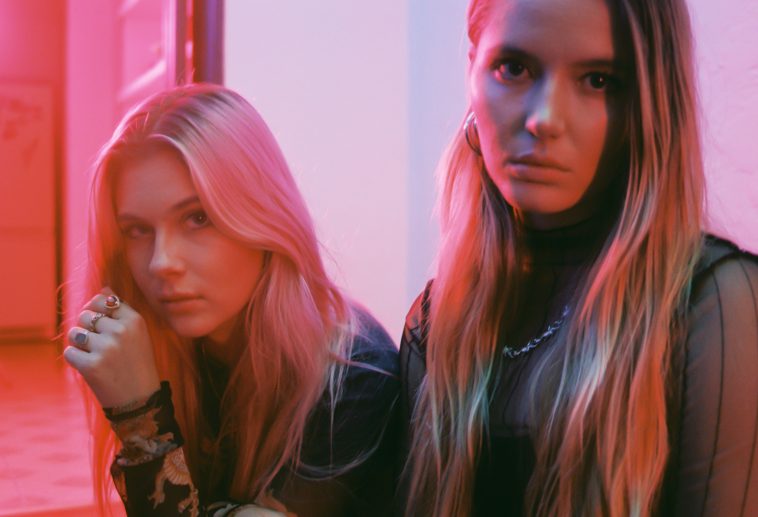 Bahari are back with new music and visuals. Their brand new single, “Waking Up The Neighbors,” has been released along with a music video to accompany the uniquely captivating track. This dynamic and rising alternative-pop duo have caught the attention of millions this year alone and continue to effortlessly connect with and reach new listeners by the minute. Their experimental sound is unlike anything pop has seen before in the best way possible. In an exclusive interview with CelebMix, Bahari open up about new music, visuals and more.

What can you tell us about your brand new single “Waking Up The Neighbors” and its overall sound compared to previous singles you have released?

“Waking Up The Neighbors” is very different from anything we’ve ever put out before. We wrote this song as a form of therapy, just a pure expression about how we felt at the time. It ended up being our favorite song from the new Epic Records album project that we have been working on.

How was it to film the music video and then see it all come together?

This is one of our favorite videos we’ve ever filmed. We really wanted to emphasize the feeling of paranoia throughout the video. The location was amazing and working alongside the two incredible female directors, we came up with the concept of this video. We feel like the video adds a new element to the song and we are so excited to finally share it with everyone.

Your track “Savage” is a massive hit! Did you ever expect it to be heard by millions of people worldwide?

No, we didn’t! “Savage” was more of an experimental song that we made for fun. We had no idea it would get the reaction that it did. We had both recently felt heartbroken and wanted to write a song that made us feel empowered and strong. We’re so grateful to our fans for making this song a viral hit with over 20 million streams on Spotify!

What would you consider a major highlight of your career thus far?

When we found out that “Savage” had been certified gold, we were pretty excited about that!

Once this pandemic ends, what are you most excited to be able to do in regards to music?

When this pandemic ends, we are definitely most excited about being able to play live shows again. We miss being on tour so much and can’t wait to go back out on the road. This has been the longest we haven’t played a show!

If you could only listen to one artist or band for the rest of this year, who would you both choose and why?

I would probably choose Bon Iver, he will always be an artist that I can listen to over and over and still discover new things in his music and it never gets boring. – Ruby

I could listen to The Japanese House forever. Her melodies and harmonies are always so unique and that makes it really fun to listen to. – Natalia

What can fans and listeners look forward to in the near or distant future?

We are going to be releasing a lot more music in the near future that we have been working on for quite some time. We are so ready and looking forward to sharing it with everyone!

Listen to “Waking Up The Neighbors” here.