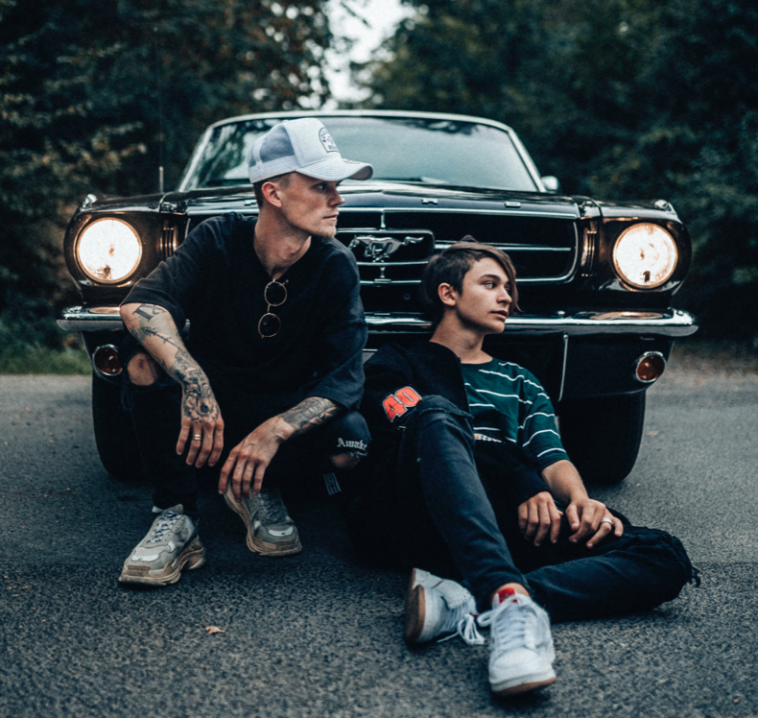 On release day of their third studio album, Sadboi, Bars and Melody talk to CelebMix about their new sound and the process behind their best record to date.

“It feels really good to have it out,” Leondre Devries opens. “We haven’t brought out an album and known exactly what we were going for before, we found that on Sadboi.”

For Devries and band-mate Charlie Lenehan, their third effort has been a long time coming. Following Britain’s Got Talent success in 2014, 2015’s fresh-faced sing-along pop record 143 cemented the band’s place in fans’ hearts. Two years later, the successful Generation Z saw urban influences start to creep in, as did the duo’s deconstructed takes on viral pop hits on YouTube. Now, as Sadboi lands, Bars and Melody undergo a complete sonic overhaul to take full control of the creative wheel.

“We decided we had to just close the door on that part of our career and the songs everyone was expecting,” Leondre continues. “A lot of fans are shocked now, so it’s really exciting.”

“We’ve always played a huge part in making our music but now, instead of just listening, it’s a conversation in the studio. Now we are taking the reigns and going in the direction we want. No-one knows what you want more than you and it takes a while to learn that.”

With over one million followers online and an established fanbase under their belts, such a switch-up is a brave move. At points on Sadboi, none more so than the title track, trap beats and dystopian lyrics see ties fully cut from their former sound. Although, with already well over eight million Sadboi streams on Spotify alone, it’s a move that is paying off.

“‘Sadboi’ was actually one of the last tracks on the album,” Charlie reveals. “The album was named Sadboi really late into recording. The whole idea and movement probably came about six months to a year ago – it’s been quite a fresh thing.”

Another late addition to the record was latest single ‘Addicted’, which Charlie picks as his favourite. Opening up on mental health, fame and relationships, it’s a track the singer is glad to have in fans’ hands.

“I wasn’t going through a great time [when recording ‘Addicted’] and I had things going on in my life that I wasn’t very sure about. That doesn’t necessarily reflect on my life now, but it definitely helps people see where I was. I’m not embarrassed to share that, that’s why we do music – to share our thoughts and stories and make people feel normal.”

“There’s a lot of stories in the album that people can make their own judgments on. In life, there are constantly people watching and judging you and, as an artist, when you put out a song you get your say and people don’t have to guess.”

Elsewhere on the album, amongst its darker moments, lighter production and EDM drops make the likes of ‘Waiting for the Sun’ and ‘Lighthouse’ radio-ready hits – whilst still showcasing a newfound maturity in sound. Those tracks, both Sadboi lead singles, featured on Bars and Melody’s successful return to Britain’s Got Talent The Champions last year.

When asked if the show’s success put the band at ease ahead of release, Charlie responds, “definitely not, it was kind of the opposite”. “The singles don’t represent the whole album, so I was a bit nervous for release,” Leondre picks up.

Reflecting on their return to the show, Charlie likens it to a high school reunion: “Mentally, handling it was challenging as you were back in an environment as an auditionee and everyone is looking at you like you’re the nation’s sweetheart.”

“All the judges made a special effort to come say hello and the whole team was so happy. The whole Championship vibe was really dope, being a part of the first one was so special to me.”

Plans to take Sadboi on the road across the continent have been understandably postponed for now, but shows stopping off in Glasgow, Birmingham, Vienna, Munich, Hamburg and Berlin, amongst others, are on the cards.

“The next tour is going to be a lot better than anything we’ve done in the past,” Leondre teases. “We’ll have been rehearsing for a lot of months by the time we get on this tour too,” he laughs.

No strangers to life on the road, last year saw the duo play a string of U.K. shows following Britain’s Got Talent The Champions, CelebMix caught a set at Newcastle University.

Armed with an arsenal of tracks that feel more like Bars and Melody than ever before, the tour looks set to meet Leondre’s promises of the best yet.

In the meantime, fans have plenty to get stuck into with the duo breaking new ground on Sadboi. One thing is for sure, these aren’t just the two boys from Britain’s Got Talent anymore. Bars and Melody are confident artists in their own right.

Are you a Bars and Melody fan? What track are you most looking forward to hearing on tour? Let us know @CelebMix on Twitter.