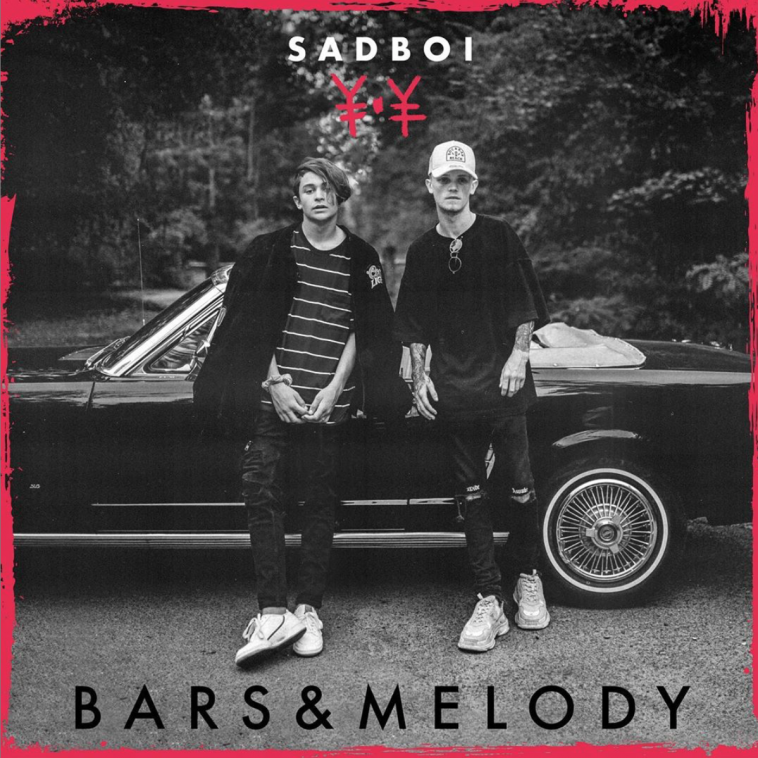 Debuting on Britain’s Got Talent as fresh-faced teenagers in 2014, a lot has happened on the eight-year journey to Sadboi. Two studio albums, a string of viral YouTube covers and shows across the globe have seen Charlie Lenehan and Leondre Devries find their feet in the industry. On Sadboi, for the first time, there’s a sense that the duo have fully taken the reigns.

“People aren’t going to expect what’s coming”, Lenehan told CelebMix in 2018 when the band started work on the project. And as the duo cut from EDM choruses to trap-heavy beats and dancefloor-fillers, the record is one hell of a ride.

On dystopian title-track ‘Sadboi’, Devries reflects “we’re all lost in a sadboi generation”, as the duo tackle the loneliness of life in the spotlight. Layered with daring production that collides somewhere between Post Malone and Bryson Tiller, it’s this dark pop sound that sees the album break new ground for the group.

‘Bloodshots’ could well be a sister track to ‘Sadboi’ with its ricocheting chorus and retorts of, “if you think I get to sleep, then baby take a look at me”. Elsewhere, ‘Addicted’ drops from a falsetto-driven chorus to charged verses as Lenehan muses on fame in what could be the record’s best moment.

At other times, Bars and Melody keep things breezy. Radio-ready singles ‘Waiting For The Sun‘ and ‘Lighthouse‘, both showcased during a successful stint on Britain’s Got Talent The Champions last year, see Sadboi at its most electric with their big drops. The tropical ‘Fuego’ follows suit with a Monika Lewczuk feature.

Nearly a decade on from their Britain’s Got Talent debut, on Sadboi, Bars and Melody arrive in full as artists in their own right. Charlie and Leondre are calling the shots, and if it sounds like this, long may it continue.

Are you a Bars and Melody fan? What’s your favourite track from ‘Sadboi’? Let us know @CelebMix on Twitter.