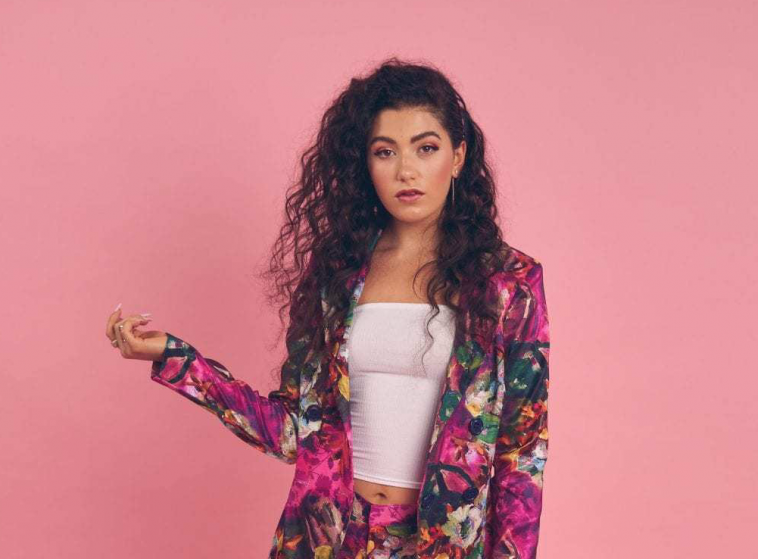 Caroline Romano has released an absolute anthem! “I Still Remember,” which features the very talented Dutch musician R3HAB, is now available to stream on all major streaming platforms here.

R3HAB has recently featured on a great deal of songs. He’s collaborated with artists left, right and centre, but believe us, this remix with Caroline Romano is certainly one of the best!

The upbeat track is perfect for the summer. You’ll be blasting the tune from your speakers for all your neighbours to hear, and it’s so good they won’t complain.

We got in touch with Caroline Romano to talk about “I Still Remember” and what it was like working with R3HAB. Here is what she had to say:

Hi Caroline! We hope you’re doing well. Let’s start by talking about your most recent single. You released “I Still Remember” featuring R3HAB on the 14th of May. Such an incredible song! What can you tell us about it? What’s the inspiration behind the song?

Hi! Thank you so much, this song has definitely been one of my favorite projects to date. I wrote “I Still Remember” in late 2018 with some friends of mine in Nashville. I’m eighteen now, but I was seventeen at the time of writing it, and my age definitely played a factor in the meaning behind the song. “I Still Remember” is basically about how difficult it can be to let someone you love or have once loved go, even when you know they are no longer right for you. When you’re 16, 17, 18, etc., you’re experiencing love and heartbreak for the very first time. These relationships can come with such intense feelings that it can be hard to let them go. You still remember what it’s like to love that person, and you’re afraid you might lose that feeling forever. That’s pretty much the inspiration behind the song, but it’s written in a way that makes the story feel much more upbeat. I really like the juxtaposition.

What was it like collaborating with R3HAB? How did this feature come about?

Working with R3HAB was absolutely amazing. He is an insanely talented artist, and he’s been one of my favorite DJs for a very long time. It was a pretty surreal experience having him remix one of my songs. I knew I wanted a DJ on the “I Still Remember” track from the moment it was written. When it finally came time to finding someone to remix the song, I was beyond excited that R3HAB liked the song and was down to remix it! I am so grateful that I was able to work with him on this project.

This is a tough question! I’d have to say it’s a tie between Lauv, YUNGBLUD, and Taylor Swift. I love how introspective each of their writing styles is, and I relate to all of their music on a really deep, personal level. It would seriously be a dream to collaborate with anyone of them!

You’re a very talented singer/songwriter. Could you describe your creative process for us? From coming up with the lyrics to the production?

Thank you so much! My writing style/creative process tends to vary with each song I write. I find myself drawn to the lyrical aspect of songwriting the most, so I tend to start there when writing by myself. Sometimes I have a poem that I want to put a melody to, and other times it will just start with a random word or phrase I hear in passing or think of at night. After I have a good portion of lyrics, I’ll start to work on putting a guitar or a track to it. When I’m in a co-write, I find the song often starts with a track or an overall concept first. I don’t know if it’s a pop thing, but that’s how most of my co-writes have gone lately. In those cases, the lyrics are pretty much the last things written!

Do you ever get writers/creative blocks? How do you overcome this?

I definitely struggle with my fair share of writer’s block or lack of creative energy. It’s a terrible feeling to want to write and express yourself but not be able to put any of your thoughts into words or music or creative expression. It hits you out of nowhere, and it can be an incredibly frustrating process to overcome. I’d say there’s not so much a fix to writer’s block as there is just continuing to write even when you’re not feeling it. Even if you hate what you’re writing, you have to keep writing. For me, it’s the only way to really push myself out of it. You’re going to have off days, but that doesn’t mean you can take any days off.

What would you say is the best AND worst advice you’ve received since your career began? What advice would you give to a young artist trying to get into the music industry?

Another tough one! I’ve received a lot of great advice from the beginning of my career. One that has stuck with me for several years came from a friend of mine who has since made it big in the pop world. I was only around 14 when he told me, “Treat everyone you meet like they’re a star. You never know the impact they may have on the world someday.” I’ve made it a priority to make a connection with everyone I come across. There’s so much “who’s who” treatment in the music industry, so I think that advice is really important to adhere to. As for bad advice, I’d say most of it comes from people who, early on in my career, tried to persuade me to change my writing style. I’ve always been adamant that I want to have a hand in writing every one of my songs, but a lot of people wanted me to use songs from outside writers when I was younger. I’m so glad I stayed true to me and my writing process! I think that’s the advice I’d give to any young artist beginning a career in the music industry. You have to stay true to you. No matter how cheesy that sounds, it is so true. A lot of people will try to change you. Accepting constructive criticism is very important, but you shouldn’t let anyone change who you are at your core. That’s what will make you stand out as an artist.

I’m sure this isn’t the only interview you’re doing since the release of “I Still Remember.” What question would you like an interviewer to ask you but never does? And by all means, answer the question you come up with!

I really like this question! Another tough one, but I love it! I think I’d really like an interviewer to ask about specific lines or lyrics in my songs. A lot of them have multiple meanings and stories as to how they ended up in the song or what they mean to me, which I think would be cool to discuss. As for “I Still Remember,” the line, “you get to me” is my favorite. I think there are lots of ways someone can interpret it. Is it a negative or positive feeling? Is it mental, emotional, physical, or all of the above? I like lyrics that are left up to interpretation from the listener. That line is so vague, yet specific at the same time.

Finally, we’d love to know of any further plans you might have! What’s the future looking like for you?

There is a lot of new music I plan on releasing in the near future, which I am super excited about! With this release, there’s a music video coming out very soon, and I am so pumped for people to see it. It’s really different than anything I’ve done in the past, so I will be interested to see fans’ reactions to it. Due to all that’s going on in the world, there are some unknowns as to what this year looks like touring or performance-wise, so some of my initial 2020 plans are kind of floating around at the moment. I’m hopeful that before the year is over I’ll be able to perform and share my music with people in a crowd, which I love more than anything!

Thank you so much to Caroline Romano for chatting with us! We wish her the best of luck with “I Still Remember.” Make sure you show her support by following her Facebook, Twitter, and Instagram!