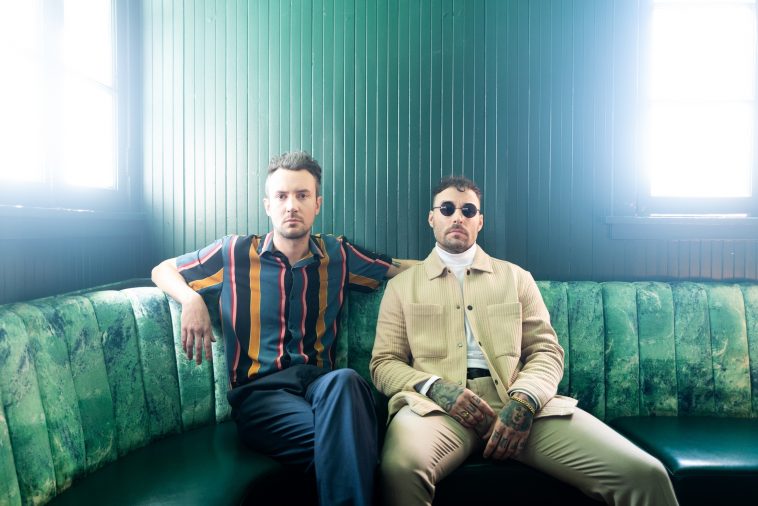 Emarosa is back with new music following the release of their summer EP, ‘Attention.’ The group recently released a brand new single, “Stay,” which is the focus track of their upcoming album Sting set for release in early 2023. Sting is the first project fans will hear from Emarosa since their popular 2019 album, Peach Club, which garnered millions of streams and immense support from listeners around the world. In an exclusive interview with CelebMix, Emarosa’s lead vocalist, Bradley Scott, opens up about the journey to creating their upcoming album and what fans can expect to see and hear from them next.

Your brand new single “Stay” is out now! What can you tell us about the inspiration behind that track and the story of how it was created?

That song we really stumbled into during the writing process. Our producer (Courtney Ballard) had this fantastic instrumental concept and I immediately started humming the chorus melody in this falsetto tone. We actually caught it on video and you can see the joy in my face when we hear it back. It practically wrote itself.

“Stay” will be featured on your upcoming full-length album Sting, which is set for release in early 2023! How excited are you to share that project with fans?

It’s been years since we’ve released a project. The pandemic really hurt a lot of artists and creatives. We were in a lull for a long time. To get back in the studio felt a little off to be honest but once we started creating it was easy to get back in the groove. I’m so thankful and proud that we get to continue to release music and share it with our fans, old and new. I’m just very proud and thankful.

Was it a difficult decision to choose “Stay” as the lead single for the project?

It was. We went back and forth with quite a few songs to come out with. I think we’re pushing 4 to 5 singles before this album comes out, so that makes it a little easier…but it’s tough. People will hear one song and decide they know what the record will sound like and it’s never the case. So we wanted to put it out tracks that were well rounded in representing the project as a whole.

Is the album completed yet or are you still fine-tuning some of the tracks? What was the most difficult song on the project to master and complete?

The album is 100% done. Wrapped, sent off the production and ready to go. I don’t think there’s one single song that was the most difficult. I think the project as a whole is very difficult to let go of. To say, “Yes, this is done.” You can go in 1000 times and overthink your project. Rick Rubin once said that “sometimes you have to just walk away.” The project is done when it’s done.

How does ‘Sting’ compare to your breakthrough album, ‘Peach Club,’ which you released back in 2019? Can fans expect it to differ both sonically and lyrically?

I think there’s a maturity to Sting. There’s a lot of growth and change that we’ve all gone through. As always, lyrically I use the band as a journal, as therapy. There’s always real life experiences intertwined in all of the songs. Peach Club was great for us to introduce us to a new world and I think Sting takes a giant leap from that starting point and really refines the direction of the band. It’s doubling down on what we’ve already started.

For fans just discovering your music, what do you want them to know about Emarosa as a group and the music you guys are creating?

I think people can just take the music for what it is. ER & I take pride in this band. The music we’re making is what we want to make. We’re dope. We make dope music. It’s pretty cut and dry.

As your album release date approaches, are you planning on doing any live performances or touring afterward? What else can fans look forward to coming soon?

Absolutely! We have Los Angeles November 16th at the Lodge Room and we’re heading to Chicago December 3rd at Bottom Lounge. Our first performances back in 3 years! We’re extremely excited to get back out there and show off.