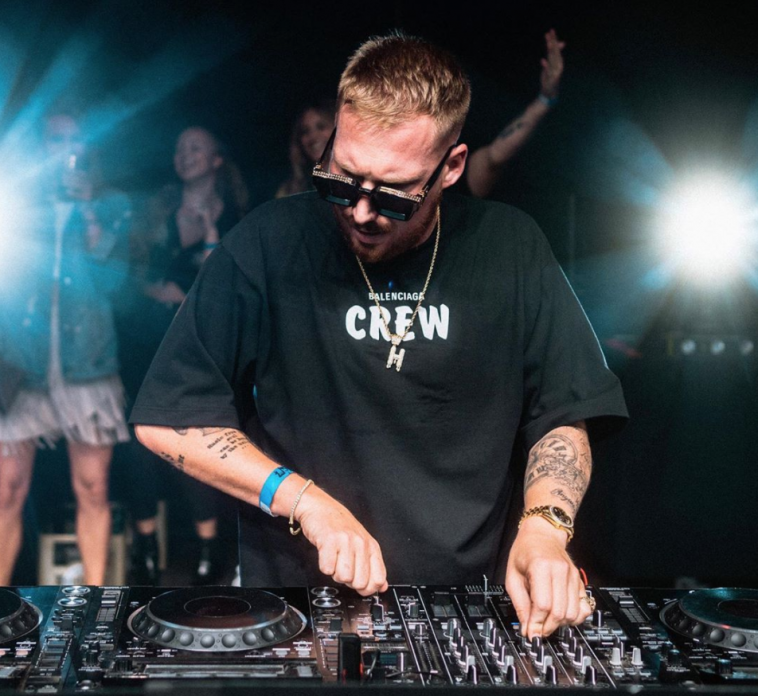 HUGEL recently teamed up with rising UK DJ and producer, Sleepwalkrs, for “Magnify.” This marks just one popular collaboration of HUGEL’S since the release of his multi-platinum remix of “Bella Ciao,” which took the world by storm.

With over 500 million streams across streaming platforms currently, the multi-gold DJ and producer has won over and maintained an immense international fanbase of millions over the past few years. HUGEL has definitely made a name for himself in a competitive industry through his untouchable remixes and determined work ethic. And despite his mass success already, this is only the beginning. In an exclusive interview with CelebMix, HUGEL opens up about his recently released singles, dream collaborations and upcoming projects.

What can you tell us about “Magnify” and your collaboration with Sleepwalkrs?

Sleepwalkrs is a friend of mine and we were both living in London. In the beginning, I wanted to keep this song for myself…but then it felt like it was more for the UK market and he really wanted to release it for his project.

You also recently released a new single “I Wanna Kiss.” What inspired you to create and then release that track recently?

I miss Ibiza so much. Usually, I live 6 months [of the year] on the island. It was during the lockdown when I was at home [that] they announced that Ibiza wouldn’t open this year. I produced this beat to heal myself.

Speaking of new music, do you plan on sharing more new music with fans this year?

Yes, of course. I wrote so many songs and also a lot of club tracks. I just released my brand new single “Gimme Dat.” We had so much fun shooting the video here in Portugal. It’s now available on my YouTube channel!

We have to chat about “Bella Ciao.” It’s a massive hit with over 100 million streams on Spotify alone! Did you ever expect that track to reach and connect with that many people internationally?

To be honest, this was just an edit for a DJ set in the beginning. I put it online as a free download on the internet the first week. I knew it was a club banger, but definitely didn’t know it would turn into a pop record and turn multi-platinum.

On the subject of success, you have worked with some major names in the industry, but who else would you like to collaborate with in the future?

I am trying to create a new vibe between RnB and house. Hip hop and RnB is where I’m from. I discovered house [music] later when I was a teenager. Now, I’d like to mix both genres and find something unique.

How has the current pandemic affected your plans or the way you create music now?

This pandemic is probably the best thing that happened to me [in regards to my] creative process. When you’re locked in and sit in front of the computer 10 hours a day, believe me…you produce much more!

A lot a RnB and house songs [as well as] beautiful music videos. And of course, a lot of tech-house bangers!