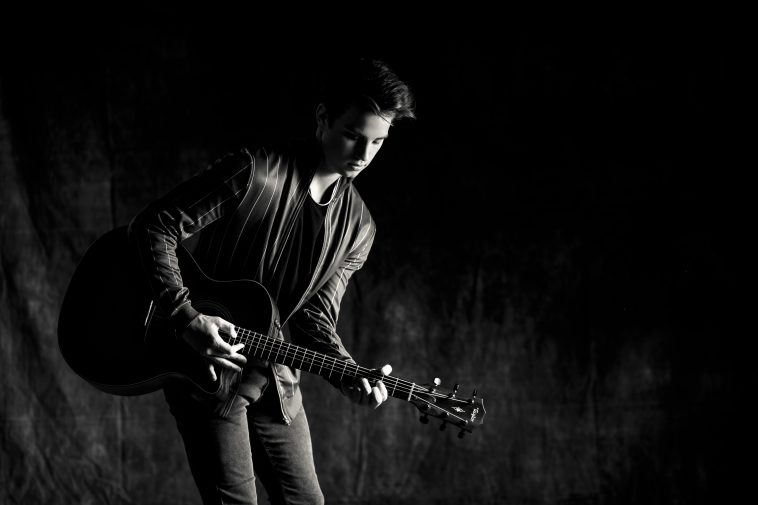 If you’ve been binge watching Netflix recently, then you’ll definitely recognise Carson Rowland from the highly popular series Sweet Magnolias, which has taken the streaming platform by storm.

However, the actor, who’s also starred in the likes of Tweet, I am Frankie, Dream Killer, and American Housewife, is also a talented musician and recently unveiled his latest single, ‘Leave My Lonely Alone’.

Penned by Carson and his good friend Taylor Castro, ‘Leave My Lonely Alone’ is a very personal song which is also incredibly poignant during the current climate. The track sets the scene for his upcoming EP, which will give even more of an insight into Carson as an artist.

We recently quizzed Carson all about ‘Leave My Lonely Alone’, his time on Sweet Magnolias, how he’s been coping during the global pandemic, and more.

Hey Carson, how have you been keeping during the current pandemic?

There’s been ups and downs. Spending time with my family has been incredible also the chance to invest in myself creatively has been a major plus. It did get lonely and boring at certain times, however, I did my best to try to accomplish one thing for myself everyday and that really helped my mental state.

Amidst the craziness, you’ve released a new single called ‘Leave My Lonely Alone’. What do you hope that listeners will take away from the song?

I hope listeners understand what a negative force loneliness can be, to reach out to friends, and build sanity through community and friendship.

You co-wrote the song with Taylor Castro. What was it like working with her on the track?

Working with Taylor is perfect. Together, we find things lyrically and melodically that we wouldn’t have discovered without each other. I don’t think I’ll ever find someone that understands me creatively the way Taylor does.

What’s your favourite lyric from ‘Leave My Lonely Alone’?

“Heartless silence, the night I broke my fall, speechless cause the truth is my lonely is all my fault.”

You’ve also released a beautiful music video for ‘Leave My Lonely Alone’ – what was the inspiration behind the visual?

The lyric “I just want to watch me burn” inspired the piano catching on fire. Also, since we were using fire, I wanted to incorporate the antithesis of fire, which of course is water.

‘Leave My Lonely Alone’ shows a different side to your artistry when compared with your previous single ‘GAME’. We’ve heard that you’re working towards an EP, so what can we expect from it?

Not sure exactly. However, all of the songs are done and I’m so excited to release them!

You always play a hand in writing your own songs, whether you write them by yourself or along with Taylor. Do you find songwriting to be a therapeutic experience, especially when you tell such personal stories?

Absolutely! It’s almost as if I’m writing a diary of songs, and I love it.

Who are your current musical inspirations and who did you grow up listening to?

My musical inspirations are Jacob Collier, EDEN, Jeremy Zucker, and so many more. I grew up listening to A LOT of country music.

What would be your ultimate achievement as an artist?

To be understood and recognized artistically.

Alongside being a brilliant singer-songwriter, you’re also an actor and recently starred in the popular Netflix series ‘Sweet Magnolias’. What was that experience like?

It was incredible. I got to work alongside such talented people and it truly was such an honor working on that show.

The series is based on the novels by Sherryl Woods. Were you aware of the books before auditioning for the show, or have you read them since?

Actually I was not. However, upon booking the role, I read the first half of the first book “Stealing Home.” I stopped reading it because our writer advised us not to because the show was so different from the books.

The series ended on a massive cliffhanger, and the internet is desperate for a second season. If the show and your character were to return for a new season, what would you like to see happen to Ty?

I would love for Ty to confront his feeling for Annie if there is a season 2. There’s definitely a lot more between those two characters and I would love to see where the story takes them.

What would be your dream kind of role in the future?

Any role on a Christopher Nolan film. PERIOD.

Finally, what’s next for Carson Rowland?

I have a plethora of projects up in the air, hopefully I’ll be back to work soon. Stay tuned!

Thank you to Carson Rowland for his time. Keep up to date with him on Instagram.

Let us know your thoughts on Carson Rowland, ‘Leave My Lonely Alone’, and Sweet Magnolias on Twitter @CelebMix