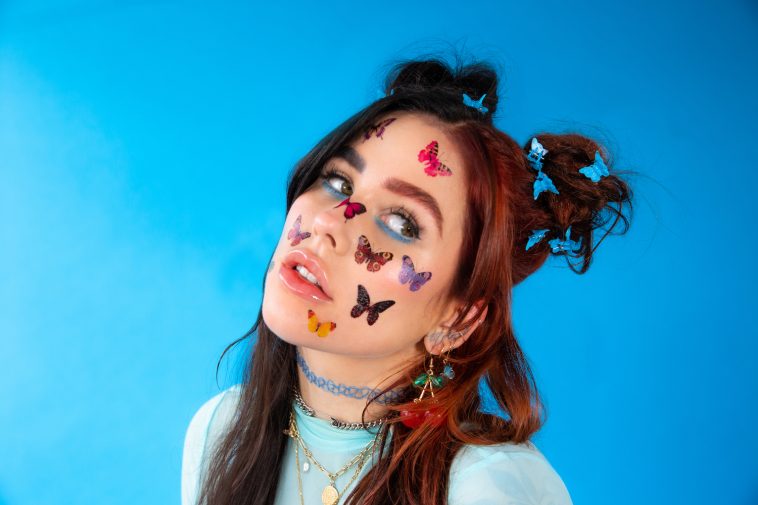 CRAY is taking over 2020 quickly with new music and visuals that are undeniably eye-catching as well as unforgettable. The LA-based artist has had quite a busy schedule in and out of the studio this year and it seems as though it’s paying off.

With countless fans across social media and streaming platforms, CRAY has discovered an incredibly dedicated fanbase of her own that has grown exponentially ever since she first began making music. Her new and most recent single, ‘Butterflies,’ has already become a fan-favorite with thousands upon thousands of streams in less than a month.

In an exclusive interview with CelebMix, CRAY opens up about dream collaborations, songwriting and more.

For those who don’t already know, how did you first get started with music and find out it was your passion?

I was always involved in music in someway… when I was growing up in Vancouver I always worked as the door girl at clubs, so I was constantly around music and knew I wanted to do something involving music. In college, my passion grew [and] I wanted to become maybe a manager or music agent. My mom was pushing me to learn more about making music so [that] I knew what I was talking about… the more I looked into actually making music the more I fell in love with it.

What can you tell us about your latest single ‘Butterflies’ and the inspiration behind it?

‘Butterflies’ was a song I wrote last summer about having a crush on someone. It gave me butterflies but as per usual, I always have a weird side so it gets kind of dark. Have you ever thought someone is so cute you want to bite their head off?

The music video is incredibly unique! How did that concept come about and become an idea?

Being born in the 90s, I wanted to bring that nostalgic energy! I honestly have so much 90s inspired clothing, so it was easy. I also wanted to make a sweet but creepy moment…hence why I’m eating fruit but it’s bloody.

Do you have any songs that you are particularly eager to perform live?

Yes! Definitely ‘Butterflies’ because I haven’t performed it yet and it’s a very high energy song, so I’m excited to scream and dance.

Are there any artists or producers who you would love to either collaborate or tour with?

Biggest inspirations are probably blackbear and Oliver Tree. I would die to do anything with them!

What’s your favorite song by CRAY? Tweet us using @CelebMix and let us know!