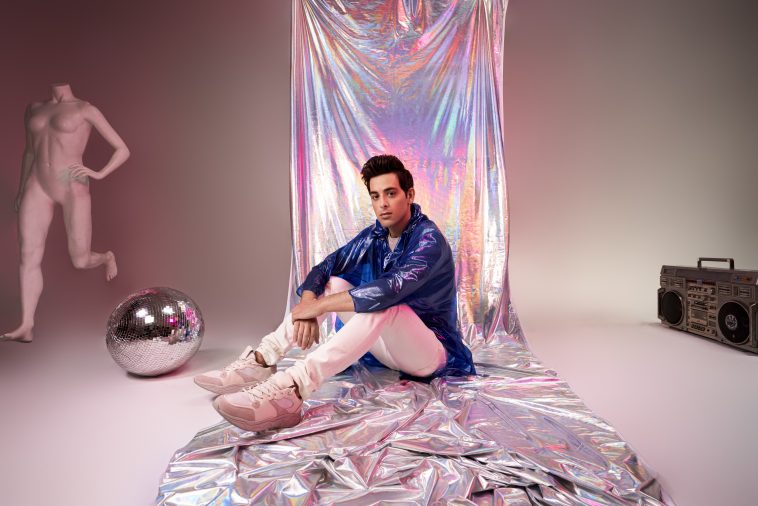 New York-based singer/songwriter Jackson Harris first landed on the scene covering songs from his favourite artists and uploading them to YouTube. Fast forward and the artist was the opening act for the likes of Zara Larsson, Cher Loyd, and Fifth Harmony.

In celebration of his new single ‘This Time It’s Different, CelebMix decided to catch up with the artist in an exclusive interview.

All things considered, I’m doing okay. I’m healthy, my family is healthy, and that’s most important.

How are you finding isolation?

It’s been really difficult. I miss being able to see my friends and go to the studio and write, but I also know that this is something we have to do to keep our loved ones safe who may be at risk. Living in New York City and having it being the epicentre of the pandemic has been unsettling, but I am trying to stay positive.

What have you been doing other than writing to keep yourself busy?

I’ve been lucky enough to be able to continue to work on new music with some co-writers via FaceTime and ZOOM chats. I’ve also been cooking almost every meal which is a rarity as I usually do take-out, considering it’s one of the benefits of living in New York.

Your new single ‘This Time It’s Different’ has just been released. What has the reaction been like so far?

It’s been super positive! I’m just happy that people have been streaming and enjoying it in these crazy times. I’d like to believe that it can distract people and let them have some fun for a few minutes of their day.

What were your main influences when writing the track?

I wanted to have a funky, bass-filled song that felt like a new age disco track with some pop melodies shimmering through.

What were the biggest challenges you faced during the writing process?

I think it was a combination of telling an emotional story about falling in love with someone who truly makes you feel like this love is different while keeping the energy and weight to push people to want to bob their heads.

If you weren’t a singer, what do you think you would be doing right now?

I think I would still be doing something in the art world or something creative… maybe making documentaries or writing plays for the stage.

What can we expect from you next?

A lot more music. Before all of this I was planning on trying to go on tour and play some live shows this summer so if there’s a way to do that in a safe and healthy manner, then I’m all for it. Until then I’ll be shifting focus to putting out more music and going live more often on Instagram, and other streaming sites to connect in new ways with new fans.

You can listen to ‘This Time It’s Different’ below:

Let us know what you thought of the new single over on Twitter @CelebMix !