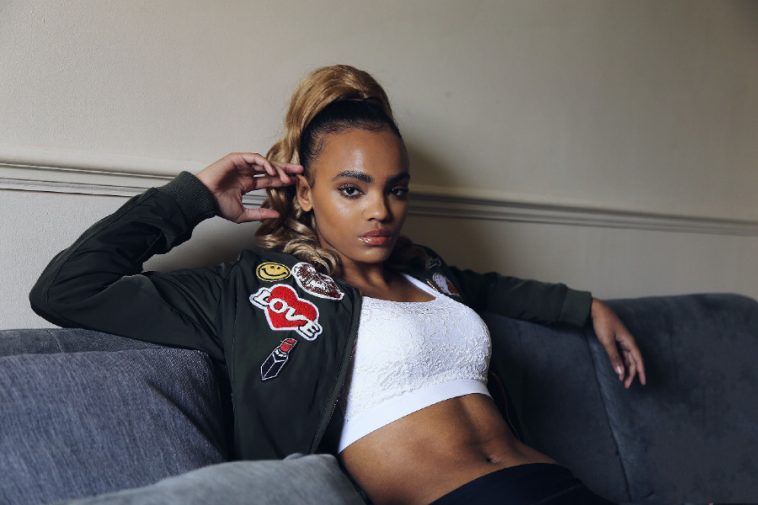 Talking about the song’s genesis, Lisa shares, “I think we all can relate to that feeling when you really need to reach someone and they’re not picking up. ‘Never Answer’ is about the frustration and irritation you feel when you’re constantly calling someone who’s not picking up your call. ‘You never answer’ was the first line that came to my head as soon as I heard the beat, so we decided to keep it and built the song out from there. It was a real honor working with Ironik and Roses on this one.”

Produced by MOBO-nominated DJ Ironik, and co-written with Roses Gabor, “Never Answer” provides a sonic appetizer for listeners, while Lisa puts the finishing touches on her impending debut EP.

Originally from Stockholm, and now based in London, Lisa grew up immersed in music. Demba Conta, one of Gambia’s music luminaries, is her grandfather, and her father is reggae star Eddie Conta. By age 10, she was singing in her school’s choir, followed by creating her own sound over the next few years.

In addition, as one of the world’s top models, Lisa has appeared in Wonderland Magazine, British Vogue, ELLE, and The Observer, to name just a few. Lisa is signed to Storm Models.

CelebMix spoke with Lisa Conta to discover more about the person behind the music, her influences, her songwriting process, and which artists she’s listening to right now.

Three things I can’t live without are my family, music, and pizza.

I think we all know how irritating it can be when you keep calling someone who doesn’t pick up the phone. That’s what inspired me to make ‘Never Answer,’ it’s a simple song but with a relatable topic. I love everything on that song from the beat to the lyrics

First of all, I need to get myself a slice of pizza then I would say that I usually start with a melody first and then lyrics, however, sometimes words come to my head when I’m not even writing music, which I then find a melody to after. Sometimes I even write lyrics without a beat in the background.

You have a new EP in the works. What can you share about it?

I have some exciting producers and features involved in my EP. This EP will show the diversity of my creativity in music.  And it will tell you a lot about me.

What I hope my listeners take away from my music is the knowledge of knowing that whatever you’re going through you’re not alone. Growing up, music was pretty much my best friend, it made me feel safe, it taught me a lot, and it helped me through so much.  I want people to feel the same way about my music

I can’t remember “starting” with music because music has always been there for as long as I can remember. Growing up with a dad who’s a Reggae artist in Gambia had a big impact on me! I remember listening to his music and thinking this is what I’m supposed to do. So now I’m doing it.

The musicians and vocalists that have inspired me the most are probably Rihanna, Michael Jackson, Lady Gaga, Beyoncé, and of course my Dad.

In my opinion, I’d say Zara Larsson is killing it right now. I’m obsessed with her latest album and I think she’s sick! She’s also Swedish like me. I also think Ariana Grande’s latest songs are amazing! Been a huge fan for a long time. I know Rihanna hasn’t released anything in a while but I still listen to her every day. And last but not least, I think Tiwa Savage is killing it in afrobeats. I love the fact that she empowers black women from Africa through her music.

When I was 10 years old I got into a choir school, which I was in for 6 years. We were studying and singing classical/opera music every day. And I still listen to Mozart and other composers! A lot of the melody ideas I have even come from their songs

I do music because it keeps me alive. It’s my way of expressing myself in ways that would be impossible without it. It’s a big part of me and I’m so grateful that I get to share my music with the world.

Looking ahead, what’s next for Lisa Conta?