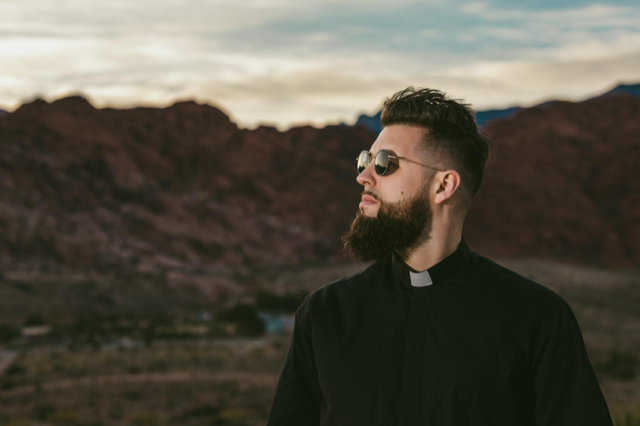 Known as bass house titan, Tchami is a record producer and DJ from Paris, pioneering in his genre alongside Oliver Haldens and Don Diablo. He has collaborated with other DJs including Skrillex, Diplo, DJ Snake, Martin Garrix and many more.

He launched his record label “Confession” in 2015 and is also a part of Pardon My French, a collective of French DJs including DJ Snake, Mercer, and Malaa.

With several projects and achievements in his bag already, Tchami is in no mood to stop anytime soon. He has recently participated in Chromatica, an album by Lady Gaga. But that’s not it. The record producer has finally released two more singles from his forthcoming album Year Zero. The tracks are titled “Born Again” and “Buenos Aires”.

Before the Covid-19 crisis hit us like a truck, we talked to Tchami to discuss his plans for 2020 and his upcoming album. Check out the interview below:

2019 was full of high notes on a personal level. I haven’t spent that much time in the studio in a long time and I came up with a lot of new music to share. I’ve been working on my first album and other fascinating projects like the next Lady Gaga album. Everything was a bit of a challenge, but that’s how you’re supposed to grow.

It’s been some time since you started your label. How has the journey been?

It has been a lot of fine tuning in every aspect of what a label can be. With the help of the right people in the right places, I believe we are now more efficient than ever. We have a lot of ideas for the label to blossom in the next few years to come.

Has there been a difference in terms of approach for Pardon My French collective and Confession? What vision do each of them hold?

It is totally different. Confession is an everyday vision and effort which I am committed to. PMF is more whenever we all want to do something together.

You’ve been deemed as the pioneer of “future house”. Now that it has established its identity as a genre in the electronic music industry, how do you see its growth?

Like every (sub)genre, it has some good, some great and some bad. Luckily for the bad stuff coming out, they are forgotten quickly because the Internet sees a lot of new music every week. It encourages you to focus on the best music if you are willing to dig in these digital crates. Someone will surely come and take Future House to another level at some point.

In the last few years, fans have seen an evolution in your music. With the new LP, what kind of sound can we expect?

Expect the unexpected, but some old Tchami vibes too. I still go back to these sounds I used to make in 2015. Most of the time, I don’t finish these tracks because it feels outdated. I understand the need for these sounds, but if it’s not coming from a real place for me then it’s not going to happen. I make what I love at the moment, and that includes old Tchami vibes as well.

You’re touring the US currently, how is the Elevation tour going? (asked a few months back)

Well, I’m at home for now due to what’s happening in the world with COVID-19. I had such a good time reconnecting with my US fans during the first 3 weeks of the Elevation Tour. I played a lot of new tracks from the album and I’m waiting to be back on the road again to finish what we started.

The album is going to be called YEAR ZERO. The release is still TBD due to the situation happening in the world. I have also participated in Lady Gaga’s upcoming album Chromatica and I will certainly explore new sounds in the studio this year. I’ve also been working with Confession a lot to help bring amazing new music to the world.