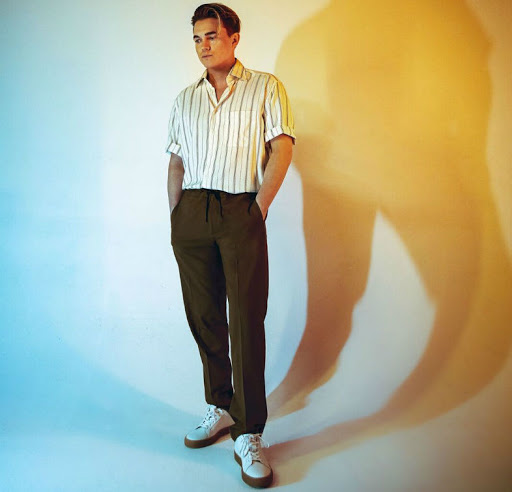 Jesse McCartney has been in the entertainment business for over 25 years. He skyrocketed to fame when he released his multi-platinum hit, “Beautiful Soul” and as an actor, singer, and songwriter, Jesse has dipped his toe in many aspects of the industry.

Despite not releasing an album since 2014’s “In Technicolor, Jesse is back on the music scene, has released new singles, gone on tour, and is gearing up to release his sixth studio album, out later this year. Previous singles “Better With You” and “Wasted” will not be featured on the upcoming album.

However, recently, Jesse released the singles, “Yours” and “Friends,” which are off the upcoming unnamed album. He was also just unveiled as the Turtle on the third season of The Masked Singer, finishing in the runner up position.

We chatted to Jesse about his latest ventures and what is next for him.

CelebMix: There are not many songs about friendship out there. Did you write “Friends” before or during the quarantine? Does it take on a deeper meaning now?

Jesse McCartney: I actually wrote “Friends” almost over a year ago. Obviously, I had no idea we would be facing a worldwide pandemic when I wrote it. It’s kind of nice. It feels appropriate for the times we’re in. It is a bit of a nostalgic feeling. People want to see their friends again. I wrote it because I am very close to my friends. I am as close to them as I am to my family. It was supposed to be a tribute to them. I think it’s going to speak to a lot of people.

CM: What is the first thing you are going to do with your friends when this quarantine is over?

JM: I’m looking forward to going to the beach, giving people a hug, you know, human contact. I don’t think we’re built for this, being a social species. Maybe going to bars and just being in contact with people again.

CM: “Yours” and “Friends” are about special people in your life, can we expect more of that vibe from the rest of the album?

JM: Well the album that is coming out will be more self-reflective and more intimate. It will talk a lot about my fiancee and what it was like growing up in this industry. This album is probably the closest thing to a biography or memoir for the album.

CM: Do you have a release date for the album?

CM: What did you take away from your time on The Masked Singer? Will you take what you learned and put that into your next album/projects?

CM: Do you think The Masked Singer is the perfect show moving forward for social interaction/ social distancing?

JM: It is certainly good timing for when people are doing nothing on their couches and just watching TV. I got to watch along with everyone else, which was fun. I normally record those things and watch it later because of work, but this time I was watching it live and it was fun to see the fans’ reactions.

CM: What do you think the Turtle would be doing during this quarantine?

JM: *Laughs* Well, I don’t know what the turtle would be doing, but I’ve been watching a lot of TV. Katie (Jesse’s fiancee) has got me hooked on ’90-Day Fiancee.’ We are huge fans of ‘Jason Bateman and the Ozarks’. We love dramas.

CM: May 20th was the 12th anniversary of your album ‘Departure.’ How has your songwriting style changed from then til now?

JM: Oh my God! Just my taste in music has changed a lot. My style has gone through a lot of different phases like R&B, throwback, Michael Jackson/ 80s style. As a creator you constantly want to create new and exciting things and step out of your comfort zone. Now, with this album, I’m trying to make sure my lyrics and sound are top-notch. This is some of the best writing I’ve done.

CM: Is there a message you would like to leave for your fans?

JM: I just want to say thank you so much for all your support, not just in the last couple weeks but also for the last 15, 16, or however many years, I’ve been doing this. *laughs* They’ve just been the utmost loyal fanbase and consistently loyal. I hope to see them again really soon when we get back to it and that they are staying safe.

The official music video for “Friends” is slated to come in the next few weeks.

Thank you so much, Jesse McCartney for talking with us. We cannot wait for your album! “Yours,” “Friends” and the rest of his discography are available to stream everywhere.

Are you excited for Jesse McCartney’s comeback album? Let us know on Twitter at @CelebMix.