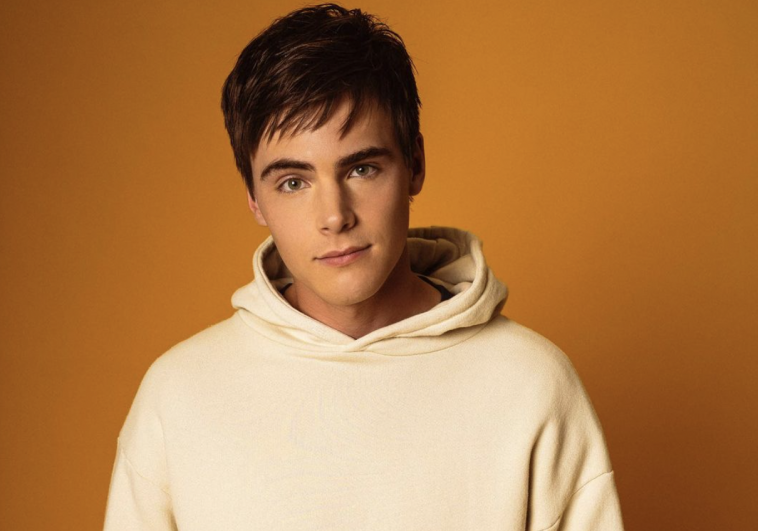 Kevin Quinn first caught the attention of millions with his debut single “Wildfire” and lead role on the popular Netflix musical: A Week Away. As both a singer and actor, Quinn sang 11 of the 13 songs included on the show’s soundtrack and effortlessly became a heartthrob for viewers. Following his massive success last year, the “Wildfire” singer recently released his five-track debut EP ‘It’s About Time.’ The project even includes a Spanish track “Fuego En Mi Interior.” In an exclusive interview with CelebMix, Kevin Quinn opens up about his debut EP, touring and more.

What can you tell us about your latest single “It’s About Time” and the inspiration behind it?

“It’s About Time” was written by me, Jordan Sapp, Walker Hayes and Paul Duncan. The four of us felt compelled to write an upbeat, fun and inspirational song about making the most of what little time we’ve been given, in an effort to emphasize how often we tend to take it for granted. I think that’s why I like it so much… because it takes an otherwise heavy subject of lack of time, grief, or loss, yet turns it into something anthemic. I really love the overall message of that song.

How does this track differ from “Wildfire” which you released last year?

I think “Wildfire” is more about that initial recognition that we are all immensely loved and supported, even in the darkest of times, or like a reminder of that fact. On the contrary, I hear “It’s About Time” as more introspective in its nature…almost like an epitome of sorts that life is way too short, and we ought not to waste it on what’s ultimately unimportant…whatever that means to you.

Your debut EP, It’s About Time, has five songs on it. Which track was the most difficult to record and why?

“Fuego En Mi Interior” for sure. Obviously recording a song in a different language requires way more technique and skill than one may expect, so I think for that reason alone, it takes the cake. That said, I’m glad we were able to give the Spanish-speaking fans a song they could enjoy and it made all that extra work very worthwhile.

Can fans expect to see any new visuals or content of the songs from this project soon?

I don’t see why not! I’m always thinking about visuals or future iterations of creative content and expression for a project. There’s already a ton of visuals for this project on YouTube that fans can enjoy, such as music videos and lyric videos. I hope they get a chance to check those out and in the meantime, I’m always thinking of the next concept video.

You are currently on tour as a guest for Winter Jam 2022! How is that going and what has been your favorite stop on the tour so far?

It’s been really great. I’m grateful to be out on the road doing what I love and sharing this music with the fans. It all means so much to me, and seeing their insane responses is what has kept me going for these 41 dates. As for a favorite stop, I couldn’t pick one… they’re all unique and no show ever feels the same. Seeing all those new faces jamming out to my music each night just makes me feel so lucky.

Other than being an artist, you are also an actor and very active on social media with tons of fans supporting you from around the world. How do you balance all of your passions?

Definitely a lot of hard work and persistence. Also, for as much time as I spend working on the different parts of my entertainment career, I try to carve out an equal amount of time for rest and self-care. I think that’s really essential to anyone in this business. I am also pretty particular with whom I choose to spend my time. My close friends and family continue to keep me grounded as I navigate my career.

What can fans look forward to in the near future?

More music of course! I’ve already begun working on the next project, and I feel as though this is going to be even bigger and better than the last. I’m always actively working on film and television projects that they can expect to see really soon too.