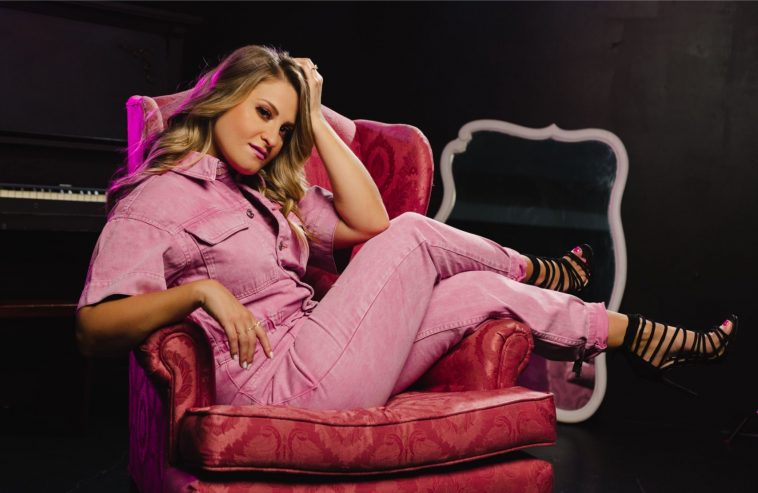 For pop singer/songwriter Lena Stone, starting out her career as a country artist was anything but simple, quickly deciding to shift her sound into the pop landscape, looking to industry leaders such as Pink and Britney Spears for inspiration.

In an exclusive interview with CelebMix, Stone talks about her new single “Details” along with how the recent victory in the Britney Spears conservatorship was a proud moment for the industry.

Speaking to her decision to transition from country music to pop, Stone admitted that the most challenging part about being a country artist was the lack of opportunities for women in the genre:

“That being said, the country music community can be an incredibly supportive place, and I have never met a more talented group of songwriters than the people who work on Music Row.”

Eventually turning her eye and sound from country music, Stone made the transition into the world of pop, feeling “burned out musically” after recording her “Princess” EP.

“I was feeling really burnt out musically, and knew that something needed to change. I went into a couple of songwriting sessions with absolutely zero expectations, and I came out with songs that I absolutely loved—but they didn’t sound country. Then the [COVID-19] pandemic hit, and I actually had the space to explore this new sound a little more without any pressure from the outside world. In a lot of ways, the vacuum that we made this album in really gave me the freedom to make the music I’ve always wanted to.”

Stones’ recent project, which includes “Attention,” “Taking Up Space” and “Lightweight” are the pop singer’s first foray into the pop music space.

“I really wanted to explore a range of vibes and tempos and topics. ‘Attention’ is definitely my bombastic show-opener, the song that I wanted to come out of the gate with and literally grab people’s attention. It’s also fun and flirty in a way that I haven’t been able to show off before, and it really feels like my adult self walking onstage and grabbing the microphone.”

For those new to Stone’s sound, you can expect to hear nothing short of well-crafted lyrics, polished production, and all things in any shade of pink.

What inspired you to join the music industry?

I can’t remember a time in my life when I didn’t want to make music. I’ve been writing songs since before I even realized it, and nothing beats the rush of sharing my music with people.

In high school I spent two summers at Grammy Camp, the Grammy foundation’s summer camp for kids who want to go into the music industry, and that was the first time I realized there was a real path forward for me to chase my dreams.

Tell us about your new single “Details” and what fans can expect?

“Details” really allowed me to embrace a true pop sound in the production, which really complemented the sleek, sexy and playful story in the lyrics. This song is all about reconnecting with an ex, even though you know it’s a horrible idea, but I loved leaning into the more lighthearted aspects of this bad decision.

Just because something is a mistake doesn’t mean it can’t be a damn good time!

Let’s talk about the music video to go with it!

The video for “Details” has to be one of the most fun visualizers I’ve ever made!

I really leaned into the Uma Thurman-in Pulp Fiction inspiration for my look, and had so much for playing with this alter ego throughout the video. I also love that throughout the whole video you never see my partner’s face, and you really just get the idea of him.

You previously shared that artists like Pink and Britney Spears have served as an inspiration to you. How does Spears’ journey, including her most recent “freedom” impact you and other artists throughout the Pop landscape?

I am so inspired by Britney and all of the things she has had to overcome. The situation she was in is so unbelievable, and I can’t imagine a male artist would have been put through half of the things she was.

“Freedom” is a complicated word in the entertainment industry, because I think all performers feel an obligation to their fans to keep creating art and handling their careers in a certain way, but ultimately I feel like freedom is the goal of all people who make music.

I personally felt more freedom in making this transition into pop music, and writing this album, than I ever have before in my career and I’m incredibly grateful for that.

How do you think pop music will change, if at all, as a result from Spears’ recent victory following her release from the conservatorship?

I think it might be too soon to say what will change about pop music, but I at least hope it means that no one else will be subjected to that kind of unnecessary oversight and control in the future.

What do you want female artists (rising and established) in 2022 to know about the future of Pop music?

I wish I could tell myself what the future of this landscape looks like!

I can tell you what I hope it looks like: female artists being bold and brave and vulnerable and unapologetically themselves, with an audience that is so ready for it.

“Details” will be available to stream on Spotify and all platforms where music can be found on January 14.

You can watch the premiere for her new music video below: